Following the launch of the new Swansea University Innovation Fund (SUIF) in August 2015, Swansea City shareholders Martin Morgan and Brian Katzen have announced they will be co-investing alongside SUIF in University spinout businesses.

Managed by Swansea Innovations, which is hosted by Research, Engagement & Innovation Services at Swansea University, the SUIF consists of two interlinked funding streams.  The first provides individuals with an ambition to commercialise research at Swansea University with an initial investment of up to £5,000; to support activities such as the commissioning of the market and technical reports required as part of the investment due diligence process.

Through the investment vehicle, Swansea Ventures, Martin Morgan and Brian Katzen will provide a mix of equity and debt investment alongside the SUIF and other third party venture capital and business angel investors in the second funding stream, making investments of up to £50,000 per company.

Swansea Innovations, which supported the establishment of 33 enterprises and 26 patent applications last year, will present projects to Morgan and Katzen at regular intervals over an initial two-year period, ensuring there is sufficient information available on which to make an informed investment decision.  Funding will be awarded based on investment criteria that include a detailed review of the leadership team, the business plan and the exit strategy. 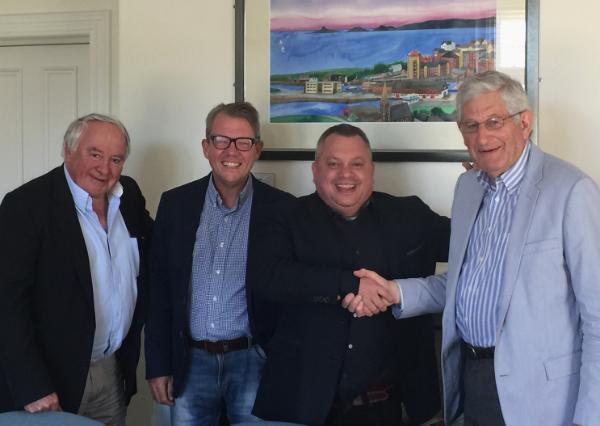 “With their wealth of experience amassed over many successful years in industry, Brian and Martin have a huge amount to offer many of our spinout businesses and we very much look forward to having them on board as we continue to accelerate our commercialisation activities.”

The SUIF will speed up the commercialisation of research derived technologies, establishing more enterprises within the region and creating new jobs and inward investment opportunities.  This is closely aligned to the ambition of the Swansea Bay City Region, chaired by Sir Terry Matthews, to create economic prosperity within the region.

On the agreement, Martin Morgan commented:

“I firmly believe you can achieve whatever you want with hunger, ambition and belief! Swansea University encompasses all three of these attributes, and I’m very much looking forward to working with the Swansea Innovations team at the University to support entrepreneurial spin-out businesses in the development and commercialisation of technologies that have the potential to support increased prosperity within the Swansea region."

Morgan is the largest shareholder in Swansea City A.F.C., and  a Welsh entrepreneur heavily involved in local business.  He started out with no official qualifications, organising bus trips for Swansea City away games whilst working at weekends at streetmarkets.

Following a spell as a holiday rep, he opened his first branch of Travel House with his partner, Louisa Morgan, which grew to 23 branches and a large teletext centre, before being sold to the Thomson Group in 1999 for £40m.  Amongst a string of other successful investments, he developed Swansea’s luxury boutique hotel and restaurant, Morgans Hotel, and purchased Swansea’s airport, introducing commercial flights to Amsterdam, London and Dublin before selling the business on to Air Wales.

On the announcement, Brian Katzen commented:

“Martin and I have always discussed starting up  new business’s together to give something back to the local community, and what better place to start that journey than in Swansea!  Operating in tandem with Swansea University, we will be able to combine our resources and knowledge to provide a unique approach to helping aspiring entrepreneurs obtain the skills needed to create and build their own business ventures.”

Katzen, one of the other major shareholders in Swansea City A.F.C., is a successful businessman originating from Cape Town, South Africa, who qualified as a Chartered Accountant before going on to co-found a private equity firm which specialises in turning around financially distressed companies.

He spent over 20 years working within the finance, manufacturing and distribution industries prior to coming across an advertisement for a football club for sale, an opportunity to combine his turnaround experience with his passion for football. And what a journey that has been!

Brian and Martin first met in 2002 as part of the consortium that paid £20,001 to purchase debt-ridden Swansea City A.F.C.  The pair invested funds alongside other members of the consortium to keep the club afloat and avoid almost certain bankruptcy, whist negotiating with creditors to wipe off millions of pounds worth of crippling debt.

On 3rd May 2003, at a rain soaked Vetch Field ground, Swansea City A.F.C. were a goal behind with little over 45 minutes to avoid exiting the lowest professional football league in the UK.  Players, fans and stakeholders wiped away the tears, dug deep, and embarked on one of the most remarkable fairy tale journeys in footballing history.  During the 2014-2015 season, the club finished 8th in the Premier League, beating some of the richest clubs in the world, had revenues of £98m and played in front of sold out crowds at the Liberty Stadium.

From a Jack to a King: Swansea University's role in Swansea City film

"Last year Swansea University followed Swansea City Football Club by winning its position in the “premier league” for universities, reaching a top-25 position in the official assessment of research quality in all UK universities.  Combining the knowledge and experience gained on both journeys with leading research facilities and expertise will provide our entrepreneurs with an unmissable opportunity to develop their ideas and support the creation of more successful, high-growth spin-out companies.” 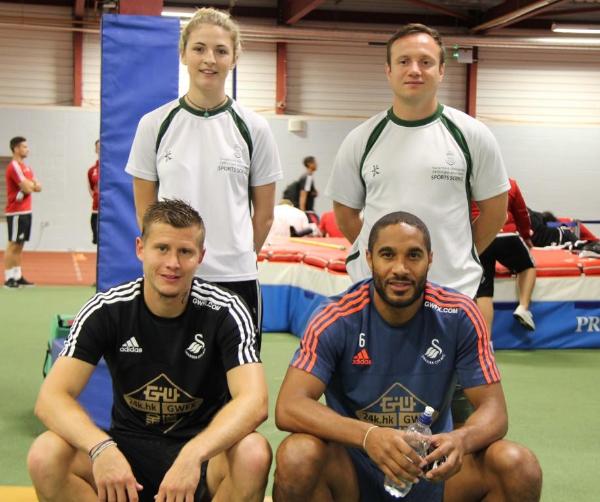