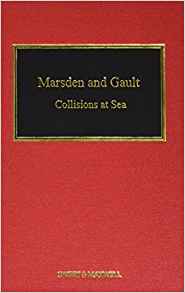 A rousing second-half performance by Swansea was not quite enough to topple Cardiff, who clung on to their first-half lead to win the 2015 Welsh Varsity Game by 27 points to 22, in front of a loud and partisan crowd at Swansea’s Liberty Stadium.    Swansea remain comfortably ahead in the series, however, having chalked up 12 victories to Cardiff’s 6.

After trailing 20-9 at half-time, Swansea emerged for the second half a team transformed, dominating the third quarter of the game, with a try from captain Ollie Young and penalties from the impressive outside half Josh Hammett eating into the Cardiff lead.  But the men in red hung on, closing out the game in the final quarter.

It was a suitably exciting climax to the Welsh Varsity games, a whole programme of head-to-head encounters between the two rival universities in over 35 sports, from swimming to volleyball, and from archery to taekwondo.   Across all the sports, what was there for all to see was pride, passion and a will to win, and the Varsity Rugby was no exception.

Under a cloudless blue sky, in the rich golden sunlight of a Swansea evening, the Liberty Stadium was resplendent.  Inside, a crowd of around 15,000, filling three-quarters of the stadium, created a riot of sound and colour. Varsity was back in Swansea.

‌Perhaps it is the colours that best capture the essence of Welsh Varsity.  Not for us the slightly different shades of blue, calming and reserved, which characterise the Oxford-Cambridge Varsity.  No.  This is Wales: vibrant, colourful, bold.  We are the green and the red, going head to head in an enduring rivalry which is passionate, intense and full-blooded.

A sizeable contingent of Cardiff fans made up a large red block in one corner.  They were loud and proud, enjoying their day.  For some, perhaps, it was a chance to remember what it’s like to be in a Premier League stadium.

However, as is only right and proper for a home fixture, they were a pool of red in a sea of green. Someone was heard to joke about fifty shades of green.  Actually, there was just the one, and the green tide had been surging through the city all day.    It was as if the New York St Patrick’s Day parade had taken a wrong turn and ended up in Hafod.

A mountain to climb

But, as a small Muppet frog once sang, it’s not easy being green.  And so it proved for Swansea fans as the Varsity game got under way and they watched Cardiff attack with greater relish and purpose for much of the first half.

Though Swansea took an early lead with a penalty, it was Cardiff who settled into their patterns more quickly, playing with greater fluency, and running the ball from deep.  The breakthrough came after about 15 minutes when a quick tapped penalty put the Swansea defence on the back foot and a neat inside pass led to Cardiff’s first try.

Even though Cardiff had the upper hand, there were signs of enterprise from Swansea.  A break through midfield took them to the edge of the Cardiff 22, though an interception by a Cardiff defender meant they had to scramble back to their own 22 to snuff out the danger.

A monster penalty kick from the halfway line brought back memories of Varsity Chairman Paul Thorburn’s famous long-range effort for Wales in his playing days.  It also kept the men in green within touching distance of Cardiff, taking the score to 13-9.

But what would prove to be the decisive blow came when Cardiff went over for two well-taken tries in the few minutes either side of half-time.  The second in particular, a well-executed break from the base of a ruck, must have been devastating for Swansea, coming just after the restart, and taking the score to 27-9.  It was starting to look ominous for the men in green, who now had a mountain to climb.

But cometh the hour, cometh the men.  Swansea fans might have feared the worst, but their team rose to the occasion magnificently, refusing to allow Cardiff an easy stroll to victory.   Suddenly, we saw in full technicolour the intensity, fluency and attacking verve that we had only dimly glimpsed in the first half, as Swansea began a storming fightback.

Now they were starting to dominate possession, run sharper lines of attack, and spend more of the game in the Cardiff half.  Three points from a penalty were followed by a scintillating break from halfway which won them a scrum close to the Cardiff line.   A huge shove from the forwards allowed number 8 and captain Ollie Young to force his way over for a try.

The effect was electrifying: the green and white army in the stands were in raptures:  students were even postponing trips to the bar.  A forty-yard penalty took the score to 27-22.   Swansea were well on top now, and they were making it count, eating into Cardiff’s lead.  They might have left themselves a mountain to climb, but they were playing like lions and hauling themselves ever closer to the summit.

One converted try would do it.

Still they kept up the pressure, pinning Cardiff back deep in their half, making ground with every break, showing magnificent handling in their passing.  They created some tantalising opportunities, including a line-out almost on the Cardiff line in the dying seconds of the game.

But it wasn’t to be.   Unlike two years ago, when an extraordinary second-half fightback clinched the game for Swansea, this time the mountain was just too big to climb.  Cardiff showed good composure under pressure and closed the game out.

Speaking after the game, Swansea University Vice Chancellor Professor Richard B Davies paid tribute to the Swansea team’s performance, saying that they “did proud for themselves, their families, their fellow students and the University.”