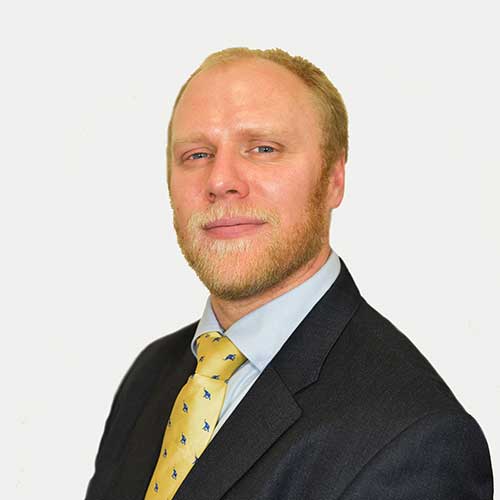 Billy Seagrim is a Senior Lecturer at the Hillary Rodham Clinton School of Law. Billy is also a practising barrister at 9 Park Place Chambers, Cardiff (part-time). He is currently writing a practitioner’s text for Bloomsbury Publishing on child protection law (a branch of family law).

Billy graduated from Swansea University in 2005 (LL.B. (Hons), 1st class). He completed the Bar Course at Cardiff University in 2007 (Outstanding). Billy became a pupil and then tenant of 9 Park Place Chambers, practising in all areas of law and later specialising in family law. Billy has been recommended by the Bar Directory ‘Chambers and Partners’ (2015 and 2016) and he has appeared in reported cases.

Billy has lectured at a university level since 2014 (being a lecturer and then senior lecturer at Cardiff University and now a senior lecturer at Swansea University). Billy’s teaching interests include practice-related topics, such as advocacy, and also family law. Billy is committed to improving his teaching practice and he is therefore studying an MA in Education at Bath University (part-time); he has gained Fellowship of Advance HE / HEA (2018); and he has presented at national and international conferences on pedagogical issues.

Billy is regularly invited to provide lectures and training to established members of the legal profession (such as newly qualified barristers for the Wales and Chester Circuit) and to local authority social workers.

Billy has taught at University level since 2014. His areas of specialism are practice–related topics (including advocacy, evidence and professional / legal ethics) and family law. Billy will be teaching on established modules, such as Family Law: Parents and Children and Criminal Evidence, and creating new practice-based modules for undergraduate students, such as Advocacy.

Billy is committed to improving himself as an educator. To that end, Billy has achieved Fellowship of Advance HE, he engages in pedagogical research and he has presented at national and international conferences aimed at improving teaching practice.

During his education, Billy received the following awards: