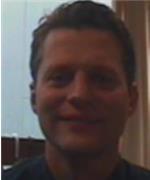 Tom joined the Welsh Ambulance Service in 2002 after a BSc (hons) degree in Sport and Exercise Sciences. In 2004 Tom became a registered Paramedic and worked for 4 years in ambulances in Cardiff City Centre, followed by another 4 years in Rapid Response Vehicles. During this time Tom completed a PGCE in adult education and a MSc in Advanced Clinical Practice. Then Tom became a Team Leader in Wales’ first Hazardous Area Response Team. He continued in this role for 4 years, successfully leading his team in numerous difficult situations, including 2 major incidents.

In 2015 Tom joined Swansea University as a Lecturer. In 2017 he became a Senior Lecturer and programme Director. Now Tom is the programme Director for the BSc (hons) in Paramedic Sciences. He has won an Excellence in Learning and Teaching award and gained Fellowship of Higher Education.

Tom also advises the TV series ‘Casualty’ during both the script writing process and on set. He is particularly interested in the prevention of suicide and has a number of publications to his name.

In his free time Tom loves being outdoors with his wife, four kids, and 2 dogs.