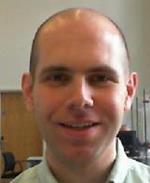 More details of Brian's research can be found on his website.