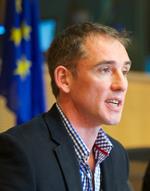 The International Labour Organisation, ESRC, European Commission/European Transport Workers’ Federation and the International Transport Workers’ Federation have funded Harvey’s research that has featured in international events at the International Labour Organisation, European Parliament, European Commission Civil Aviation Social Dialogue Committee and the Dutch Ministry for Environment and Infrastructure. He has been awarded several prizes for research quality and was recently shortlisted for the 2018 Sage Prize for Innovation/Excellence for a paper published in the journal Work, Employment and Society. He has made numerous media appearances, for example, on BBC News 24, BBC Wales News and BBC Radio 4 Thinking Allowed, and his research has been covered in the popular media in continental Europe and the US.

Harvey has received nominations for a variety of teaching awards and received a Distinguished Teaching Award at Swansea University in 2012.

Harvey’s research into employment relations in the civil aviation industry has been funded by the International Labour Organisation:

The European Commission has also sponsored his research in this area:

Professor Geraint Harvey has also published his research in a variety of media, for example:

His research into work in the fitness industry has been nominated for the 2018 Sage Innovation and Excellence Award:

He has also contributed to debates on ethics, environmental performance, corporate social responsibility and employment relations:

He is also interested in the relationship between employment relations and employee well-being:

Harvey has participated in a diverse range of public and stakeholder events such as the European Civil Aviation Sector Social Dialogue Committee meetings, TV and radio media appearances and the Pint of Science public lecture series.

His is also active in student recruitment and outreach activities for the School of Management.