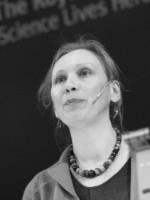 I received my early education in Russia (BSc in Mathematics, 1996 and MSc in Mathematics with QTS, 1998). In 2006 I received a PhD in pure mathematics at Bristol University. Afterwards I worked for several medical technology companies. In 2009 I enrolled for a PGCE in Secondary Mathematics at Swansea Metropolitan University and was awarded a QTS in 2010. I have been a Programme Leader for the Further Mathematics Support Programme (FMSP) Wales since it was founded by the Welsh Government  in 2010 (www.furthermaths.org.uk/wales).

My early research interest laid entirely in the field of Pure Mathematics and Partial Differential Equations in particular, e.g., Hardy and Rellich type inequalities and nonlinear elliptic equations arising in astrophysics in the study of the existence of black holes. When I was appointed to the role of programme director of the Further Mathematics Support Programme my research became focussed on mathematics education and pedagogy. My recent research is into the reasons for student choice of studying mathematics post-16, of transition from school to university mathematics and STEM degrees and students’ experience of studying A-level mathematics through a blended learning model. I am interested in the pedagogy of problem solving in mathematics, GCSE mathematics and numeracy assessment.

I am a Senior Fellow HEA.