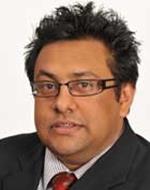 More detailed information about his research can be found.

May 2010 Wolfson Research Merit Award from the Royal Society

June 2005 Second prize from the Acoustical Society of America for the best student paper/presentation in the 141st Meeting at Chicago, USA

Professor Adhikari collaborates with some of the leading researchers in the field from Europe, Asia, Africa, North and South America. The students and postdocs working in the research group have excellent backgrounds in mechanics, applied mathematics, structural dynamics and computational methods. These, combined with an atmosphere of truly inter-disciplinary thinking and open-minded approach allows them to conduct internationally leading research. Some of the publications appearing in prestigious international journals from these research works can be found in the above links.

Potential PhD students, MRes project students (one year project) and post-doctoral scholars interested in any of the above areas, or areas related to them, please contact Professor Adhikari directly.

Academic visitors, willing to spend some time in Swansea to collaborate in any of the above areas are also welcome.