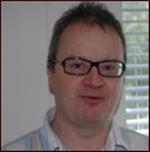 John Spurr is best known as a historian of seventeenth-century England with an expertise in the history of religion and wider cultural issues.  However, his research and teaching interests now embrace several countries and historical periods: working alongside heritage experts and historians of Wales has, for example, enriched his understanding of community and identity; teaching contemporary literature has deepened his knowledge of the cultural industries.

John Spurr has written and edited several books and texts, published numerous articles, and supervised PhD students on topics as diverse as Restoration bishops and theology, women’s letter-writing, holy shrines in Wales, and ‘stuff’ in Early Modern England.  His main interest can best be described as ‘how people did things with words’: current projects include studies of oaths and swearing and of seventeenth-century wit.

After undergraduate study, a D.Phil., and a British Academy Post-doctoral Fellowship at St Edmund Hall, Oxford, Professor Spurr joined Swansea University in 1990.  He was Head of the Department of History (2005-8), Head of the School of Humanities (2008-9), and Head of the College of Arts and Humanities (2009-20).

Professor Spurr served on the Arts and Humanities Research Council history panel and then its Peer Review College and Strategic Review Panel for many years.  He has examined over 20 PhDs and been an external examiner at a number of British universities.

I am involved in the University’s Dylan Thomas Prize for Literature, in the Arts and Culture of the University (I direct the Cultural Institute), and in our work based on physical and cultural heritage as a vehicle for education, civic mission, research, place-making and community regeneration.