Swansea University Mathematics PhD student Sara Hamis has been selected to exhibit her poster in the prestigious STEM for Britain Awards.

Born in Sweden, Sara Hamis started her Higher Education journey in the KTH Royal Institute of Technology in Stockholm where she graduated with a degree in Engineering Physics, before moving to Swansea University to begin her Masters in Physics. After enjoying her time at Swansea University Sara decided to continue her studies and has recently begun a PhD in Mathematics. 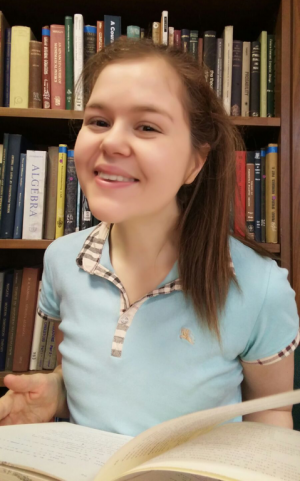 The competition poster titled ‘What does not kill a tumour may make it stronger: in silico Insights on Chemotherapeutic Drug Resistance’ shows how using mathematical modelling you can investigate drug response in tumours containing drug cancer cells. Mathematical Oncology is a career path that Sara would like to pursue in the future, especially due to the ethical use of computers in cancer research.

The final of the 2018 STEM for BRITAIN event will take place in the Portcullis House, Westminster on Monday 12th March 2018, sponsored by Stephen Metcalfe MP, Chairman of the STEM for Britain organising group of the Parliamentary and Scientific Committee.

The STEM for BRITAIN Awards are given on the basis of the very best research work and results by an early-stage or early-career researcher together with their ability to communicate their work to a lay audience. The competition is divided into subject categories Chemistry, Mathematics, Physics, Biosciences and Engineering. The competition currently attracts around 500 entrants of whom only approximately 35% of them are selected to present their work in Parliament.

We wish the best of luck to Sara for the awards in March.