Dr Alan Chamberlain is a Senior Research Fellow in the Mixed Reality Lab at the University of Nottingham, and a Visiting Academic at the University of Oxford. Alan was recently awarded a creative career development award by Ty Cerdd, an organisation that promotes and celebrates the music of Wales. 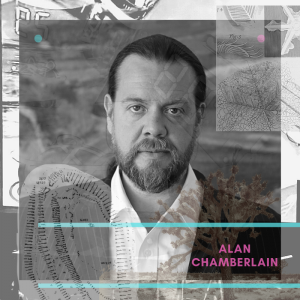 He says of his appointment: "Being a composer in residence at the Computational Foundry will allow me to bring research, digital technology and music together in innovative ways. It's really important to the discuss and reflect upon the role that technology has in the creative industries, and the ways that IT and the Arts can come together to explore and develop new interactive, creative possibilities.”

Alongside his research in the field of Human Computer Interaction, Alan recently composed and recorded the music for the award winning Into the Looking Glass film, which was awarded a British Universities Film & Video Council (BUFVC) at the British Film Institute 2018. He is currently working on other soundtracks and a piece that he hopes to premier at the Bangor Music Festival in 2019.

Alan is fascinated by the different ways in which people can creatively use software to develop different approaches to composition and has a particular interest in the arts and community development in Wales.

He comments: “Wales has always had a strong culture of supporting the arts, particularly music, and I'm really looking forward to working with Professor Alan Dix and everyone at the Computational Foundry in Swansea. I hope to bring different people into the Foundry, creating interesting opportunities and connections in the coming years."