Swansea University has played a key role in transatlantic research to develop a greater understanding of megaviruses and their potential to cause life-threatening illnesses. 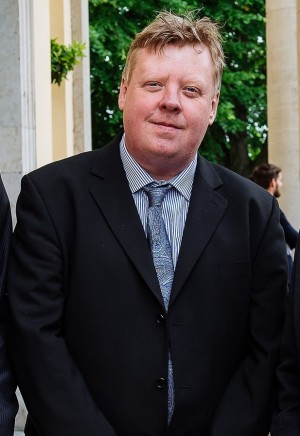 The findings, which have just been published in the prestigious Proceedings of the National Academy of Sciences of the United States of America (PNAS), examine the unexpected genes carried by these giant viruses found inside amoebae.

Professor Lamb explained that amoebae can be described as Trojan horses as they carry the megaviruses which can be as big as bacteria.

He said:  “Some of these megaviruses have several thousand genes. We are cataloguing them and examining their properties.

“We know these viruses may be linked to some forms of pneumonia so gaining a better understanding of them will help us to develop ways of tackling those viruses.”

The paper follows on from the time Professor Lamb spent in the US as one of Swansea University’s first ever Fulbright Scholars.

His place on the prestigious programme saw him hosted by the Oceans and Human Health Department of the world-renowned Woods Hole Oceanographic Institute in Massachusetts where he spent a year developing his research into cytochrome P450 biodiversity.

Professor Lamb added: “This is very interesting research and our findings herald a new era of understanding regarding the evolution of this important gene family, with implications for understanding the biology and the origin of the giant viruses themselves. ”