Sports science experts from Swansea University and Sport Wales, who work with Swansea City footballers and other elite athletes, are helping prepare a team of 17 wounded ex-service personnel for a gruelling 800km bike ride across the Pyrenees, during which they will climb a total of 38,000 feet – higher than Everest. Adding their support for the riders are Swansea City FC.

The bike ride, known as The Raid, takes place in September.  It is the latest in a series of challenges organised by 65 Degrees North, who help with the rehabilitation of wounded or damaged ex-servicemen and women by offering the opportunity to participate in challenging adventure.

The ride starts on a beach by the Atlantic and finishes in the warm waters of the Mediterranean, climbing at least 11,500m (38,000ft) of hill and mountain.  Sections of the route form part of the Tour de France. 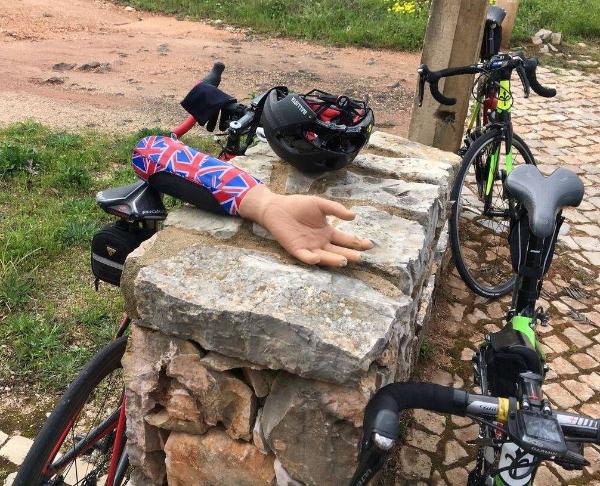 Picture:  a rest stop for the Raid team

The riders are all ex-servicemen and women, who have been wounded or damaged while serving in conflicts including the Falklands, Iraq and Afghanistan.  They will have had to overcome significant challenges in order to achieve the levels of fitness and skill required to get to the start line, and all will suffer pain and hardship at different levels during the seven day ride.

Swansea University sports science experts will be working with the team to get them ready.

They will be putting the riders through two days of gruelling fitness testing in the labs at the University’s Bay Campus, as well as giving them expert advice on the psychological and nutritional challenges they will face.

‌The School of Sports and Exercise Science at Swansea University is one of the top-rated departments in the UK.   Researchers work with elite athletes including Swansea City FC, other Premier League clubs, international rugby teams, and Olympic medal-winners.

The Raid is the latest example of Swansea University’s strong partnership with 65 Degrees North.   Researchers also helped a 65 Degrees North team to prepare for the world’s first unsupported crossing by an amputee of the 600 km Greenland ice cap, in aid of Help for Heroes.  Sports science experts helped them prepare for physical and psychological challenges, and College of Science researchers supplied them with electronic tags that allowed their movements to be tracked remotely.

Swansea City FC are also supporting the 65 Degrees North team.  Swans Ambassador and fans' favourite Lee Trundle will be meeting the riders at their testing session on the University campus.   Having dug deep and successfully fought to stay in the Premier League after a difficult season, the Swans will know all about the resilience and grit that the Raid team will need.

Professor Liam Kilduff, from the School of Sport and Exercise Science at Swansea University, and one of the patrons of 65 Degrees North, said:

“We’re delighted to be supporting the team at 65 Degrees North, as they prepare the riders for this gruelling challenge.  Making sure our research has an impact on real-life problems is a priority for us, and our work with the team is testament to that.

The collaboration between 65 Degrees North and Swansea University is going from strength to strength, with each group benefiting from the experience of the other.”

“We have had a long-standing relationship with 65 Degrees North which we are very proud of.  It is a fantastic project. The participants have shown tremendous courage and determination to complete each of the gruelling challenges they have faced over the years.

This latest Raid challenge will be another huge test for everyone involved and we wish them the very best of luck. They are an inspiration to us all.’’

“Raid 17 will be an immense test of physical and mental endurance for all who participate. It will be a true journey of discovery which will have lasting effects.”

These are some of the riders in the Raid team, all of whom have served their country in the forces. 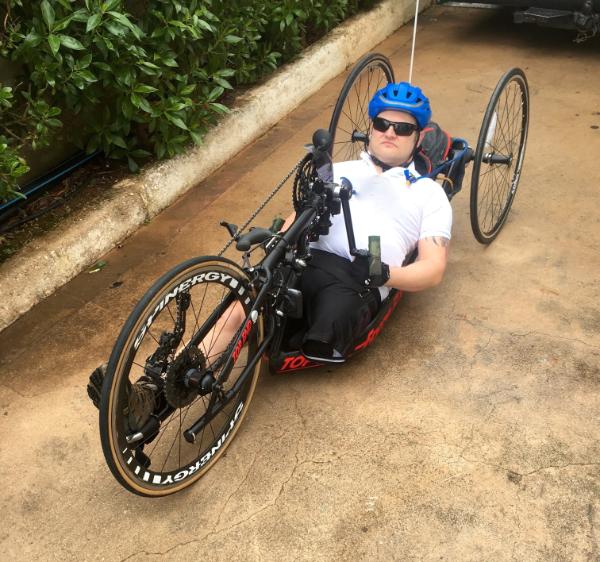 Chris joined the Royal Air Force in 1998 as a Ground Support Equipment Electrician. An accident during a PT lesson resulted in serious trauma to his left leg and left Chris suffering from complex regional pain syndrome (CRPS).

Chris was medically discharged in 2005 due to ongoing issues with his leg. Several years of constant pain, failed surgery and treatment left Chris suffering with depression as he was unable to participate in simple activities such as playing with his children or walking the dog.

In 2011 he made the decision to have his leg amputated above knee and has no regrets. He is now pain free and has a much better quality of life. 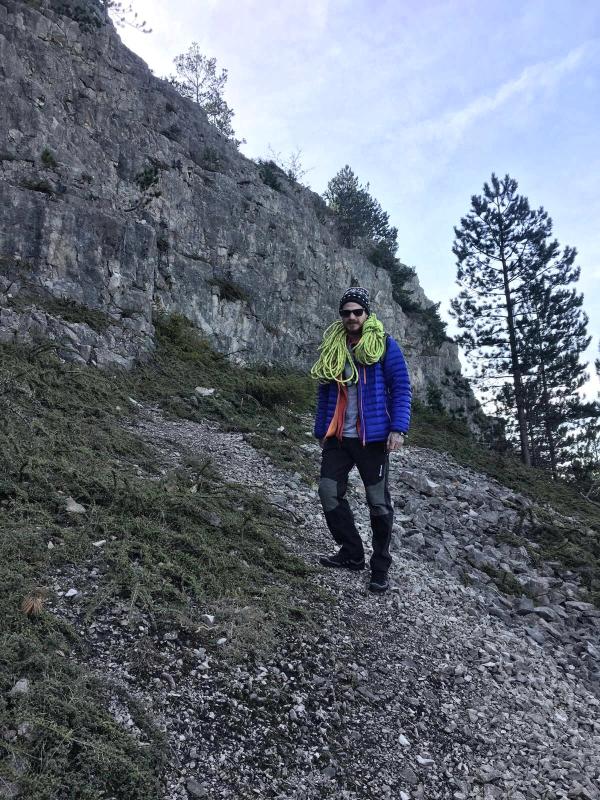 Jason joined the 1st Battalion of the 22nd Cheshire regiment in 2007 aged 17. He deployed to Afghanistan in 2010 on Herrick 12. During this long, very busy and difficult tour Jason sustained injuries and had to be medically evacuated.

In 2013 Jason was diagnosed with post-traumatic stress disorder (PTSD) soon after being medically discharged due to his injuries. He continues to have treatment but, after a long and slow process, feels that he is finally moving in the right direction. 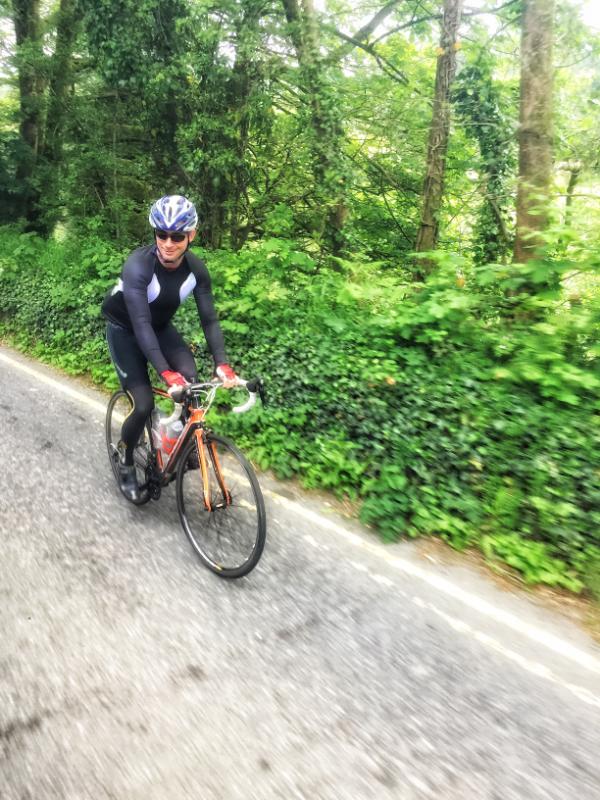 Damian joined the Royal Marines in May 2000 and reached the rank of Colour Sergeant. After gaining the coveted green beret he enjoyed a wide variety of roles allowing him drafts to all Commando Units within 3 Commando Brigade, undertaking a broad spectrum of tasks across a range of environments from Iraq to Afghanistan.

It was just after Damian had returned from his last operational tour to Afghanistan in 2013 that he was diagnosed with Ulcerative Colitis, an inflammatory bowel disease that affects the colon and rectum. After a long battle with the disease it was decided that Damian had become non-responsive to medical treatment and an emergency procedure to remove the large bowel in 2015 as the best course of action. 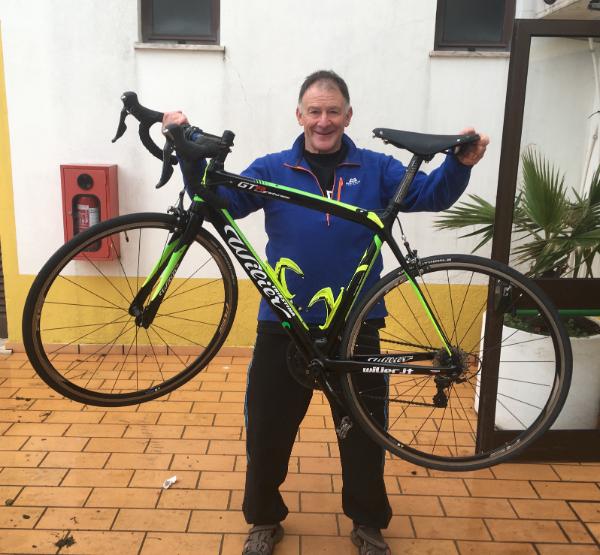 Pat served in the Royal Marines from 1974 to 2006 and saw operational service in Northern Ireland, The Balkans and Iraq. Specialising as a Mountain Leader he commanded the Mountain & Arctic Warfare Cadre from 1988 to 1991. As a passionate mountaineer & skier, Pat has climbed extensively around the world including expeditions to Everest, Mt McKinley, Kilimanjaro and Antarctica.

In 2008 he suffered a serious climbing accident resulting in a spinal injury and consequent permanent partial paralysis to feet and legs.

Find out more about 65 Degrees North