The Swansea Science Cafe offers opportunities to find out more about new, exciting and topical areas of science in an informal and entertaining way. 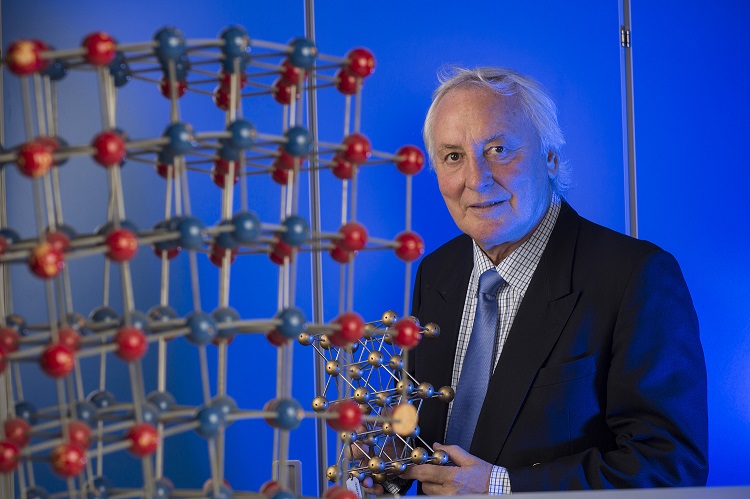 Swansea Science Café is delighted to welcome back Professor Lyn Evans, head of the CERN Hadron Collider project during its construction and commissioning, for a very special Christmas event.

Housed in a 17 mile circular tunnel in the CERN laboratory near Geneva, inside are two beams of protons travelling in opposite directions in a near vacuum accelerated to 99.999999% of the speed of light (i.e. only 7 miles per hour slower than light!). Each proton “only” has the energy of a flying mosquito (about the same energy that you use to blink an eye) but because there are so many protons in each beam, the total energy is the same as an inter-city train.

In this amazing machine, the protons are made to bend around in a circle by large superconducting electromagnets running at -271°C, colder than outer space. Wires 10 times thinner than a human hair are used to make these magnets, and joining them all end-to-end would reach from the earth to the Sun and back six times.

Known for his encouragement of Welsh school pupils to follow careers in science, Professor Evans is the very proud receiver of the CBE (2001), as well as a Physics graduate and Honorary Fellow of Swansea University.

During this special Christmas edition of Science Café, Professor Evans will discuss the massive feat of engineering and physics which was involved in the Large Hadron Collider’s design, construction and operation.