Wildfire: misconceptions about trends and impacts revealed in new research

A new analysis of global data related to wildfire, published by the Royal Society, reveals major misconceptions about wildfire and its social and economic impacts.

Prof. Stefan Doerr and Dr Cristina Santin from Swansea University’s College of Science carried out a detailed analysis of global and regional data on fire occurrence, severity and its impacts on society.

Their research, published in Philosophical Transactions of the Royal Society B, examined a wide range of published data arising from satellite imagery, charcoal records in sediments and isotope-ratio records in ice cores, to build up a picture of wildfire in the recent and more distant past.

In contrast to what is widely portrayed in the literature and media reports, they found that: 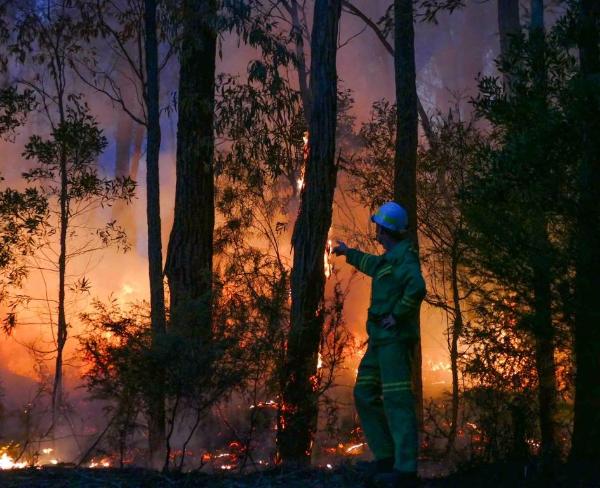 “The data available to date do not support a general increase in area burned or in fire severity for many regions of the world.   Indeed there is increasing evidence that there is overall less fire in the landscape today than there has been centuries ago, although the magnitude of this reduction still needs to be examined in more detail.”

Notwithstanding the serious impacts on society that emerge when fires occur close to populated areas, as exemplified so dramatically by the un-seasonally early wildfires in Canada this spring that led to the successful evacuation of an entire town of 80,000 inhabitants, the researchers find that the risk of direct death from fire for the population as a whole is relatively low compared with other natural hazards.

The researchers, however, also warn about the serious implications of climate change, land use changes and increasing population density in the so called wildland-urban interface. For instance, climate change has already led to a lengthening of the fire season in parts of North America and is likely to increase fire occurrence and severity in many regions of the globe including the UK.

“The warming climate, which is predicted to result in more severe fire weather in many regions of the globe in this century, will probably contribute further to both perceived and actual risks to lives, health and infrastructure.  Therefore the need for human societies to coexist with fire will continue, and may increase in the future.” 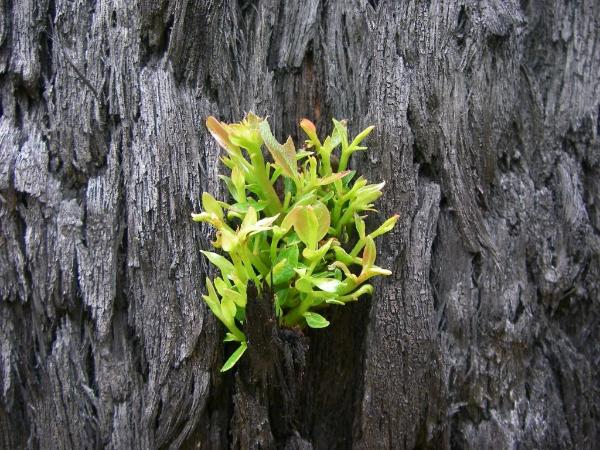 Picture: Eucalyptus tree producing shoots straight from burned bark even when the bark is charred, all branches are burned and the tree appears dead.  The image was taken only 4 weeks after the catastrophic 'Black Saturday' fires near Melbourne 2009. 179 people lost their lives in these fires, which shook Australian society to the core.   Credit:  Professor Stefan Doerr, Swansea University

Prof. Stefan Doerr of Swansea University, who is also the Editor-in-Chief of the International Journal of Wildland Fire, explained:

“Large scale land use changes are increasingly exposing non-fire adapted landscapes such as tropical peatlands to serious damage by fire”.

Dr Cristina Santin, a biologist at Swansea University, whose research also focuses on the impact of fires on the carbon cycle, added:

“Fire is a fundamental natural ecological agent in many of our ecosystems and only a ‘problem’ where we choose to inhabit these fire-prone regions or when we humans introduce it to non-fire-adapted ecosystems”.

In the synthesis the experts highlight the often fundamental, complex and inevitable role that fire has in both ‘natural’ and ‘man-made’ environments. They argue that the ‘wildfire problem’ is essentially more a social than a natural one and that we need to move towards a more sustainable co-existence with fire. This requires a balanced and informed understanding of the realities of wildfire occurrence and its effects.

“Global trends in wildfire and its impacts: perceptions versus realities in a changing world”: published by the Royal Society.

This innovative research paper was produced following a Royal Society discussion meeting, held in September, and was published as part of a volume exploring both the natural and human aspects of fire in the prestigious scientific journal Philosophical Transactions of the Royal Society B.

The full issue, which also contains contributions by the Swansea team on the contentious issue of upland burning practices in the UK and of fire effects on soils can be found on the Royal Society Publishing website. 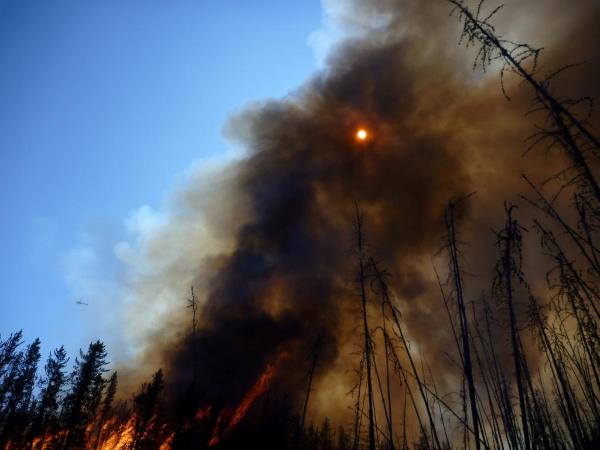 Picture:  an experimental forest fire in Canada, simulating an intense wildfire, burning more than 5000m2 , with flames higher than 20m and temperatures on the ground of more than 900°C.  Dr Cristina Santin took part in this research.   Credit: Dr Cristina Santin, Swansea University.