What will Brexit mean for Wales? Swansea conference on exiting the European Union

Swansea University will hold an academic conference to examine what Brexit will mean for Wales this week. 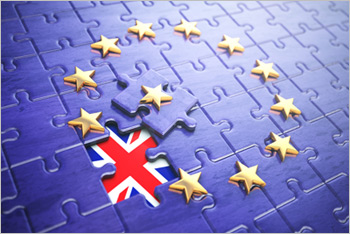 The day-long conference, on Friday, November 25, is organised by the University’s Morgan Academy, School of Management, and the College of Law and Criminology.

The event, which will take place in the Atrium at the School of Management, Bay Campus, will welcome keynote speakers including David Jones, Minister of State for Exiting the European Union, on ‘What is Brexit? A UK Government View’.

In response, there will be a panel session on 'Brexit and Wales: response to Ministerial views from the political parties', with Q&A, featuring Eluned Morgan, former MEP and now Labour AM for Mid and West Wales; Adam Price, former MP and now Plaid Cymru AM for Carmarthen East and Dinefwr; Mark Reckless, UK Independence Party (UKIP) AM for South Wales East.  The session will be chaired by Adrian Masters, ITV Cymru/Wales Political Editor.

Mark Drakeford, Cabinet Secretary for Finance and Local Government, and Leanne Wood, Leader of Plaid Cymru and Leader of the Opposition, will discuss ‘Wales’ place in Europe post-Brexit: What sort of settlement do we want?’.  They will be interrogated by Professor Elwen Evans QC, Head of Swansea University’s College of Law and Criminology, about Wales’ place in a post-Brexit world and their notions of Europeanism in this new context.

There will be a Business and Trade post-Brexit roundtable discussion introduced by Professor Martin Stringer, Swansea University Pro-Vice-Chancellor and chaired by Dr Carol Bell, former Managing Director of the Global Oil and Gas Group at the Chase Manhattan Bank, with representatives of GE Electrics, London Heathrow Airport, and the National Union of Farmers.

And in the day’s closing session, entitled ‘Leaving the EU: A View on the Process', David Hughes, Head of the European Commission Office in Wales, indicates the legal and political intricacies of Brexit.

Conference organiser Professor Mike Sullivan, Swansea University Vice-President and Director of the Morgan Academy, said: “We are happy to launch the Morgan Academy with a timely conference addressing one of the most important contemporary issues.

“The Morgan Academy, named after Rhodri Morgan, former First Minister of Wales and now Swansea University Chancellor, is a multi-disciplinary, multi-purpose institute carrying out research – alongside policy analysis, consultancy, dissemination and training. It is concerned with addressing the big or ‘wicked issues’ in twenty-first century public policy, whether they be scientific, technological, economic or social.”

Register your attendance at this free conference here.