Swansea University has today (Friday, September 23) become the top university in Wales in The Times and The Sunday Times Good University Guide 2017 league table – and has also won the inaugural Welsh University of the Year title. 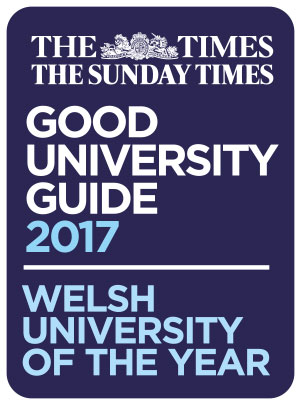 Applications to the University have risen dramatically by more than 60% in three years and the intake of undergraduate students is up 1,600 over the same period.  The Guide also reports the University’s projected student dropout rate of 6.6% is significantly better than the University’s benchmark figure, confirming student satisfaction remains high.

‌The University’s strength in terms of graduate prospects is a major factor in this year’s ranking success, where Swansea is well inside the UK top 30, with the work of the Employability Academy highlighted, which provides paid internships and co-ordinates a variety of career support activities for students.

The University’s phenomenal achievement in the 2014 Research Excellence Framework (REF2014) is also recognised, where four-fifths of the work submitted for was assessed as world-leading or internationally excellent, with health subjects, English and general engineering excelling.

Commenting on Swansea’s Welsh University of the Year award, Alastair McCall, Editor of The Sunday Times Good University Guide, said: “Swansea made a compelling case to be our first Welsh University of the Year. The opening of the Bay Campus has had a transformational effect on the university, offering students first-rate facilities in a great location – and attracting huge inward investment in the form of research projects.

“The new campus has also fuelled a considerable expansion of student numbers, making Swansea a hugely attractive options for students both within and from outside of Wales. Excellent outreach work helps make university an option for children who might not have otherwise considered it and helps place Swansea at the heart of its community and region.”

Professor Richard B Davies, Swansea University’s Vice-Chancellor, said: “Swansea University has caught up with Cardiff and has changed the Higher Education landscape of Wales.  The evidence is clear: there are now two top-class universities in Wales, broadly similar in quality. 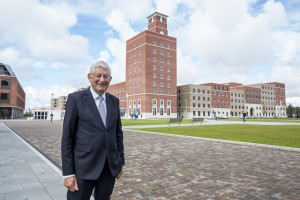 “To be ranked just above Cardiff and selected as Welsh University of the Year by the globally-respected Times/Sunday Times Good University Guide shows just how far Swansea University has come in recent years.  Moreover, just two weeks ago, Swansea was identified by the Times Higher Education as one of the four best universities in the UK for balancing excellence in research with excellence in teaching.

“Colleagues at Swansea have propelled the University on a strong upward trajectory through outstanding individual and collective achievements.  This is their success.

“It is also excellent news for our students.  In the competitive job market, it is not just your degree but also the reputation of the university you attend which is important. Swansea University’s new reputation will create better job opportunities for our graduates.

“The celebration should also extend beyond the University.  Growth in student numbers will boost the local economy and the wider Swansea Bay City Region will benefit as we can use the enhanced reputation of the University to help attract more companies and investment.”

Earlier this week (Thursday, September 22), Swansea University also achieved its highest ever ranking in the Times Higher Education (THE) World University Rankings 2016/2017 – the definitive list of the very best institutions in the world.

The University now appears amongst the top 350 elite institutions across the globe, with a ranking between 301-350th, which compares to a rank of 351-400th last year. In addition, the THE also ranked Swansea 38th in the whole UK.