Swansea University has paid tribute to Professor Brian Wilshire OBE FREng, of Swansea, developer of the ‘Wilshire Equations’, following his death on November 5, at the age of 78. 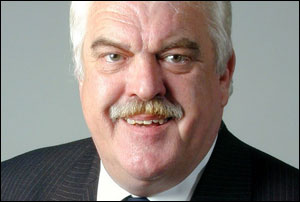 Through a stellar career, Professor Wilshire served Swansea University for more than four decades as Head of Materials (1985-1999); Pro-Vice Chancellor: Research (1996-1999); and Director of Materials, Centres of Excellence for Technology and Industrial Collaboration (CETIC), sponsored by the Welsh Government.

Professor Richard B Davies, Vice-Chancellor of Swansea University, said: “Professor Brian Wilshire was a most remarkable scientist and character who has already left a strong legacy in the University.  He will be sadly missed and our thoughts are with his family and friends.”

Professor Steve Brown, Head of the College of Engineering at Swansea University, said: “George was such an inspirational figure in so many peoples’ lives it is very hard to accept that he is gone.

“There are undoubtedly hundreds of former students around the world who have been inspired by his legendary teaching, mentoring and management styles.  Many of these students have now risen to senior positions in both academia and industry and many of us still working at Swansea owe our careers to George.  All of these people are his real legacy.

“Thanks George, they don’t make them like you anymore.”

Born in 1937, Professor Wilshire was educated at Rhondda County Grammar School before entering, what was then called, the University of Wales, Swansea (now Swansea University) where he attained a First Class Honours degree in Metallurgy, a PhD, and then a DSc in 1983, in  recognition of his outstanding contributions.

His exceptional abilities were recognised at an early stage through his appointment to the lecturing staff before he had completed his PhD studies.

Professor Wilshire rapidly climbed the academic ladder before attaining a Personal Chair in 1982 and becoming Head of Materials Engineering in 1985.  His exceptional leadership abilities meant that he held this position until 1999, when he voluntarily stepped down.

During that period, Materials Engineering at Swansea grew substantially in strength and capability with the award of an EPSRC Interdisciplinary Research Centre, an EPSRC Engineering Doctorate Centre in Steel Technology, of which Professor Wilshire was Director, and a Rolls-Royce University Technology Centre.

He was also a Pro-Vice-Chancellor at the University between 1996 and 1999.

Throughout his long and very successful career Professor Wilshire, also known to his colleagues and friends as George, carried out world-leading research encompassing the fields of metallurgy, materials science, and materials engineering.

He is particularly recognised for his major contributions in the field of high temperature creep and fracture, which have been of major benefit to the power generation and aerospace industries.  In that work he developed novel models for the processes involved and numerical models to quantify the associated deformation and failure mechanisms.

This work continued until recent years, leading to the development and publication of the ‘Wilshire Equations’.  The equations described how materials perform under high stress, rewrote the accepted view on how materials deform and cause mechanical failure and led to major changes in manufacturing technologies.

The work was particularly significant to Rolls-Royce and provided a critical technological contribution to the manufacture of efficient and robust gas turbine engines.  Particular achievements include the Theta projection concept for creep life prediction and remnant life assessment.

Professor Wilshire was also the inventor of a new type of magnetic flake fingerprint technology – magnetic fingerprint powder. The powder, developed in Swansea, gave sharper results on a wider range of surfaces than existing materials. It consists of tiny iron flakes with an organic coating that helps the powder stick to the greasy residue in a print. This made brushing unnecessary and helped preserve the delicate ridge lines that make each print unique.

It was as a result of these successes that Professor Wilshire was made a Fellow of the Royal Academy of Engineering in 1993; presented with the Institute of Materials Platinum Medal in 1995; and received an OBE in 1998.

His research expertise was also recognised through his appointment as an Acta Metallurgica lecturer in 1991.  That expertise led to over 200 peer reviewed publications and several books, including ‘Technological and Economic Trends in the steel industries’, ‘Creep of Metals and Alloys’, and ‘Introduction to Creep’.

Away from his research and management activities, Professor Wilshire was an excellent lecturer, which was widely recognised by all the students he came into contact with.  This was also appreciated by Rolls-Royce (aerospace) for whom he presented a series of technology courses on Creep, Manufacturing Technology, and Materials over a 25-year period. He also lectured extensively to students undertaking the Engineering Doctorate in Steels.

Outside his academic work, Professor Wilshire was a keen sportsman, having represented Wales and the University of Wales in basketball in his younger days and then a keen football supporter later in life.

Professor Wilshire is survived by his wife Marion, his two sons Neville and Ralph, and several grandchildren and great grandchildren.  He will be greatly missed by his family, friends, and former colleagues.

The University would like to thank Jonathan Paul Curtis and Professor John Evans for their contributions to this tribute.