Swansea has been recognised by UNESCO for its efforts to promote learning, alongside cities such as Beijing and Mexico City.

Swansea Bay City Region’s case study was highlighted in the UNESCO publication, “Unlocking the Potential of Urban Communities”, at a recent international conference, attended by 600 city leaders from 120 countries.

The conference, which took place in Mexico, marked the achievements of the UNESCO Global Learning City Network.  The aim is to support members in their efforts to foster a culture of lifelong learning, to help improve their cities. 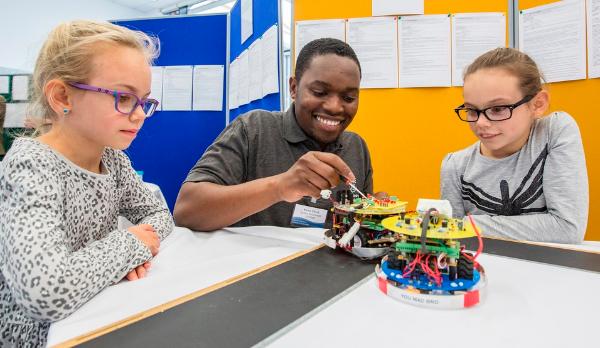 The focus has been on encouraging entrepreneurial learning amongst all citizens, from pre-school to old age. An important feature of the region’s success has been the support from local entrepreneurs and companies, who have provided role models and sponsored activities.

Judith James of Swansea University, who leads the Learning Cities partnership in the region, explained:

“It’s about encouraging people to be curious and creative.  Spotting and responding to opportunities, taking risks, learning to negotiate: these are the skills that are becoming increasingly important for success, whether in leadership, starting and running an enterprise, or employment.”

“I was proud and excited to accept this award, representing the City and County of Swansea. The case study is founded on the Council’s anti-poverty strategy and entrepreneurial learning will make a difference to the engagement and aspiration of learners.

This award recognises the hard work and celebrates the achievements of all our learners who are developing enterprising skills and attitudes and contributing to a better future for all the people living in Swansea Bay City Region.”

‌Craigfelen Primary School provides a shining example by integrating learning about enterprise into all aspects of school life, with teachers reporting that this has motivated the children and also engaged the wider community.

“I feel sure that with initiatives under way, during the next ten years this area of South West Wales will become a more confident, ambitious and well-connected region, recognised internationally as a knowledge and innovation-based society.

As the UK UNESCO Learning City, we are developing a culture of entrepreneurship in our schools, colleges and universities. Learning to be enterprising and innovative is the main driver in our society for future prosperity!”

UNESCO is the United Nations Educational, Scientific and Cultural Organisation.

The cities featured are: