Getting back to the shop floor from an in-store toilet can cause problems for people with dementia, and clear and simple signposting is needed, a professor in dementia research has told The Times.

Professor Andrea Tales, based in the department of psychology at Swansea University, is an expert in dementia.  Professor Tales’ research has shown that, in addition to changes in memory, a wide range of attention-related brain functions can also be significantly abnormal in the very early stages of Alzheimer's disease.

In a letter published in The Times, Professor Tales outlined the problem of poor signposting:

“Although directions to toilets within shops and business premises are usually well-signposted, it can be an entirely different matter when someone with dementia is trying to return from the toilet to the shop floor.

In far too many premises one opens the door to be faced by an "Alice-in-Wonderland" plethora of doors. Frequently there is no sign on the door that returns the individual to the shopping floor or it is labelled only as a fire escape.

As there are often penalties for opening a fire door, it is hardly surprising that many people are afraid to open this door and remain transfixed until someone else enters the toilet.

Although this may seem trivial, there is a serious point. It can be difficult enough for a person with dementia to retain some degree of independence while out and about, so I would like to politely urge all retailers and businesses to provide clear, simple signposting, so as to grant people with dementia some autonomy.” 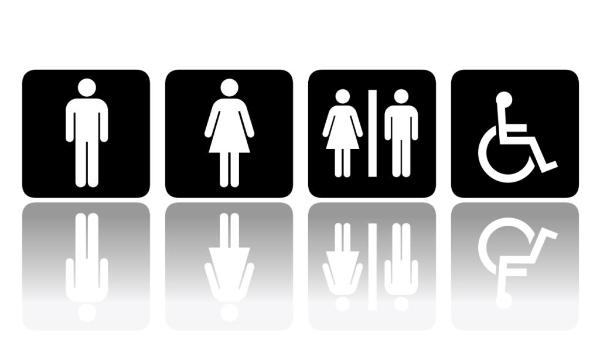 Professor Tales explained that her concerns grew out of research evidence about the effects of dementia:

“Increasing evidence indicates that individuals with dementia may have detrimental changes to their attention system, in addition to changes in memory, which may interfere with their ability to process the information around them.

One such example of this is over-distraction by irrelevant information.  These findings, together with personal experience in seeing people in difficulty when trying to return from the toilet to the shop floor or café, prompted me to write the letter to The Times.

I firmly believe that just some simple, uncluttered labelling of the ‘Way out’ would considerably help some individuals living with dementia retain autonomy.”

A significant part of Professor Tales’ research has been funded by BRACE-Alzheimer's Research.

•    Dementia is a set of symptoms relating to a loss of cognitive ability, including memory loss and issues with thinking, problem solving and language.
•    Alzheimer's disease is the most common cause of dementia, accounting for about 62% of cases.
•    Over 850,000 people live with dementia in the UK and this is predicted to rise to over 2 million by 2051 as the population is ageing.
•    Dementia is a global issue. The total number of people with dementia worldwide is estimated at 47.5 million in 2015.  This number will increase to an estimated 75.6 million by 2030, and 135.5 million by 2050.
•    It is estimated that there is a new case of dementia somewhere in the world every 4 seconds.
•    Dementia affects 1 in 14 people over the age of 65 and 1 in 6 over the age of 80, but it should not be thought of as a normal part of ageing. Younger people can be affected, although this is much less common – only 1 in 688 people under 65 have dementia.
•    It is estimated only 1 in 4 people with Alzheimer’s disease have been diagnosed.
•    Funds for Alzheimer's research in the NHS and Universities are inadequate, receiving a fraction of what is spent per patient on cancer research.
•    Dementia costs the UK £26.3 billion a year. The global cost of Alzheimer’s and dementia is estimated to be over £390 billion, which is equivalent to 1% of the entire world’s gross domestic product.

College of Human and Health Sciences