Bryn Griffiths, a Swansea-born writer and poet, who has also been an eminent journalist and a merchant seaman, is donating a store of his letters and other papers to Swansea University, where they will be a valuable resource for researchers studying modern Wales, especially its English-language literature.

‌The papers include correspondence with eminent figures in the cultural and political life of post-war Wales, including: Saunders Lewis, writer, poet and one of the founders of modern Welsh nationalism; Meic Stephens, writer and former director of the Welsh Arts Councill; and Gwynfor Evans, former leader of Plaid Cymru and its first elected MP.

The collection shines a light on Wales in the 1960s and 1970s, an important period in literature and politics, with the renaissance of Anglo-Welsh literature and the emergence of Welsh nationalism as a political force. 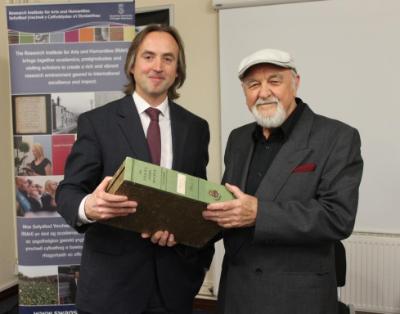 The papers also illuminate Bryn Griffiths’ extraordinarily rich career, which spans the worlds of journalism, literature, politics and the merchant navy, from Swansea to Australia.

He was born in Swansea but lived much of his early life in west Wales before returning to St Thomas, near the Swansea waterfront.  His family roots are in the Swansea Valley.

Bryn went to sea at 17 and was a merchant seaman for ten years, based in the Port of Swansea.  He studied at Coleg Harlech in North Wales and the followed a career in London as a journalist, broadcaster and television scriptwriter.

In London during the 1960s he founded the Welsh Writers’ Guild, with Dedwydd Jones, John Tripp, Robert Morgan, Sally Roberts and many other Welsh poets and writers. The Guild was a cornerstone of the Anglo-Welsh literary renaissance.

Throughout the 1970s Bryn gave poetry readings and lectures in Britain, North America and Australia before founding the first Arts and Working Life project for workers in Western Australia.

In 1985 he was appointed writer-in-residence to the Australian Merchant Navy and later went back to sea and served for many years as a working mariner before returning to Wales.

Find out more about the life and work of Bryn Griffiths

Professor Daniel Williams, chair in English at Swansea University, and director of the Richard Burton Centre for the Study of Wales, said:

"We're delighted to receive these papers from poet, union organiser and seaman Bryn Griffiths. Brynllyn Griffiths is a Swansea poet, a key figure in the 1960s renaissance of Welsh literature, and a transnational voice due to his contributions to the arts in Australia.

His correspondence sheds light on many facets of Wales's Anglophone literature and includes letters from figures such as David Jones and Saunders Lewis to Tony Conran and Nigel Jenkins. This is a major resource for researchers." 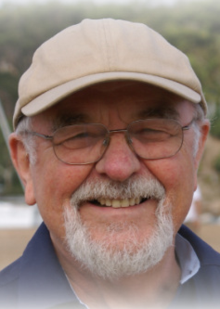 "The personal papers and documents I am donating to the archives of Swansea University also contain a large collection of letters dating from the 1960s and 1970s which, I believe, will cast a laser beam of light upon the resurgence of Welsh writing in the English language during those years.

The actual story of that era is there in the words of the writers themselves, warts and all, in the clear light of another and later day.

The collection therefore represents that exciting era when Welsh writers in Wales and London began to publish and broadcast a considerable amount of new work, the Welsh Writers' Guild was founded in London, Poetry Wales began printing the work of new and veteran writers in Wales, Christopher Davies was publishing the books of new poets, and in 1967 I edited "Welsh Voices", the first new anthology of Welsh poetry in English for thirty years.

I have donated literary items for many decades to the National Library of Wales, but I believe this large collection should find its true home at Swansea University because of the expansion of research there and the now broader spectrum of the existing archives. Lastly, I consider this to be an historic occasion and the donation will prove to be of great value to the scholars and researchers of the years to come."

There is a problem with one of the content items on this page. The affected component type is:

The system reports the following message: