Swansea University recently welcomed bioscientist Professor Jenny Martin, of the University of Queensland, Australia, who visited the University as the keynote speaker at the Mary Williams Group Seminar. 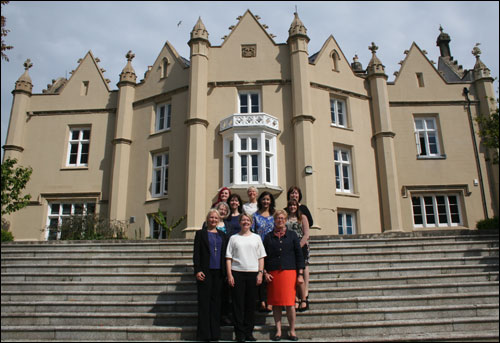 The Mary Williams Group is a senior women's network at Swansea University and the seminar, on the theme of ‘Gender Equity in Academia - Making it happen’, was held in the Council Chamber, Singleton Abbey. 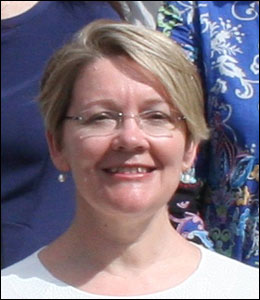 Professor Martin’s research expertise and interests lie in the areas of structural biology, protein crystallography, protein interactions and their applications in drug de‌sign.

‌Professor Martin is a strong advocate for equal opportunity and addressing gender imbalance in academia with a blog focussing on these issues, she is also a member of the recently formed Science in Australia Gender Equity (SAGE), an initiative of the Australian Academy of Science aiming to address the under-representation of women in science.

Who was Mary Williams?

She studied German and French at University of Wales Aberystwyth, and wrote her thesis on the French sources for Wolfram von Eschenbach's poem Parzival; she had a working knowledge on many languages, including Provençal, Italian, Latin and Welsh. From 1961 until 1963, she was the President of the Folklore Society. In 1922, she married Dr George Arbour Stephens.

She researched Arthurian topics, corresponding with Jessie Laidlay Weston. She acquired some papers relating to her father, the Rev. John Williams, her mother, Mrs Jane Williams, and her sister, Jennie Williams, later Mrs R Ruggles-Gates, and Professor Victor Julian Taylor Spiers (d. 1937), King's College, London. She was a keen supporter and benefactor of the National Library of Wales and took part in meetings of the Celtic Congress.

Professor Mary Williams’ achievements were certainly very unusual for a woman of her time. Her obituary (in Welsh) also mentions that it was rare for a woman to be given the honour of becoming an Officier d’Académie and Chevalier de la Légion d’Honneur by the French government. Mary Williams was the first woman to fly across the Channel, in 1910 when she was a student in Paris, which suggests, as the obituary states, that she was venturesome.

In 2013, as part of Swansea University’s recognition of Ada Lovelace Day, the Mary Williams Group was established. The Mary Williams Group started as a network of senior women across the University and has grown to include a wider range of women in the University. The network run a series of networking opportunities each year and act as role models in their area, in addition to providing support to other colleagues with regard to career progression.

In 2014, Swansea University launched the Mary Williams Award, which is the first award of its kind at the University and aims to recognise individual contributions to the University’s culture and community through:

-       Supporting the career development of colleagues and/or students with a particular focus on removing barriers that prevent development;

-       Promoting and/or providing equal opportunities for all;

-       Supporting the University’s equality agenda to utilise all of our talent.