On Wednesday 28 January the first ever Wikipedia edit-a-thon on Women and Justice 1100-1750 took place at Swansea University. Dr Deborah Youngs and Dr Sparky Booker, from the Department of History and Classics, collaborated with Wikimedia Wales to oversee the exciting event.

‌An edit-a-thon is a new and stimulating Wikipedia sponsored event, which schedules a time for groups of people, especially experts in the field of study, to come together, and edit and contribute to existing Wikipedia articles. The aim behind these events is to educate people about Wikipedia, while attaching expert references to existing material.

Pictures from the day

Jason Evans, Wikipedian in Residence at the National Library in Wales said,

“We are expanding at an incredible rate, and want to include our readers in this expansion. The training today has gone really well, we have groups of two working on four or five articles each to update as many articles as we can today. The idea is to improve quality and quantity on this huge subject area”.

Dr Youngs was initially approached by Wikimedia Wales manager Robin Owain, following the release of the BBC news piece which profiled the four–year project exploring women’s access to justice in various parts of Britain and Ireland between 1100 and 1750.

The project takes a comparative look at attitudes and access to women’s justice across national, religious and social identities. It is the first of its kind to approach the topic from this perspective. The Swansea team were delighted to share their expertise on this subject with Wikipedia.

“Based on Wikipedia’s readership, more knowledge will be spread by us correcting a few words in an article, than if I wrote an 8,000 word paper on the topic”.

“Women are historically underrepresented, not just on Wikipedia, but throughout history. It makes no sense as they have always made up roughly 50 per cent of the population. Wikipedia is holding these edit-a-thons specifically to represent the role women have played throughout the ages. But not only that, we want women professionals to be represented as contributors on Wikipedia. This project epitomises what Wikipedia is doing to eliminate this gender gap”.

Swansea University is paving the way in Wales to bridge the Wikipedia gender gap. The tremendous efforts put in by the team to represent women correctly and precisely will be accessible to Wikipedia’s open – ended number of daily readers. 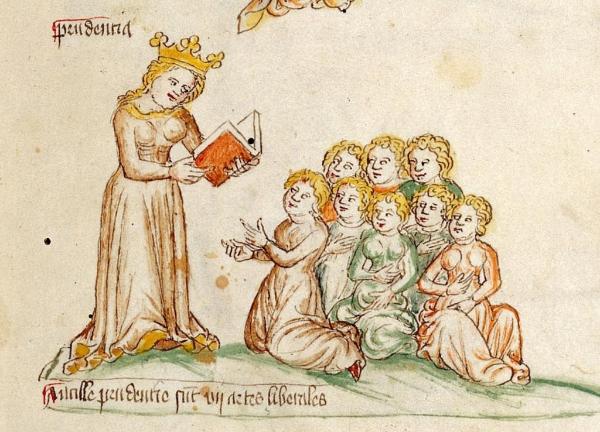 Department of History and Classics