The 2015 James Callaghan Memorial Lecture will be given in June by The Honourable Pehin Dato Lim Jock Seng, Swansea University alumnus and Honorary Fellow (1990), Second Minister of Foreign Affairs and Trade, Brunei Darussalam. 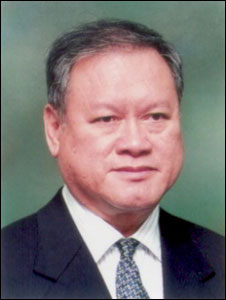 Admission: Free of charge and all welcome. To book your free tickets, please contact the Taliesin Box Office on 01792 602060, or email: office@taliesinartscentre.co.uk.

This lecture will be delivered in the English language.

The James Callaghan Lecture Series was established on the occasion of the University's 75th anniversary in 1995 and to commemorate the Presidency of The Right Honourable Lord Callaghan of Cardiff.

In October 1996, Lord Callaghan returned to Swansea University to open the campus building named in his honour.  The building fittingly reflects Lord Callaghan's working life, as it houses (amongst others) the departments of Politics and International Relations, and History.

He was then appointed as Brunei Darussalam’s High Commissioner for New Zealand in February 1986.

For his services, he was conferred the title of Pehin Menteri and Dato Seri Setia, as well as other meritorious awards by His Majesty.  He was appointed as the Second Minister of Foreign Affairs and Trade in May 2005.