The hidden history of disabled miners in the south Wales coalfield – some of whom continued working, even underground - is to be revealed at an exhibition, based on Swansea University research, which opens at the National Waterfront Museum on Saturday 20 June.

The exhibition is entitled: “From Pithead to Sickbed and Beyond: The Buried History of Disability in the Coal Industry Before the NHS”.

It is part of a Swansea University-led research project on disability history, supported by the Wellcome Trust.  It is the biggest project on this subject ever undertaken in the UK, and the first systematic attempt to examine the effects of disablement on people's lives in the age of industrialisation in Britain. 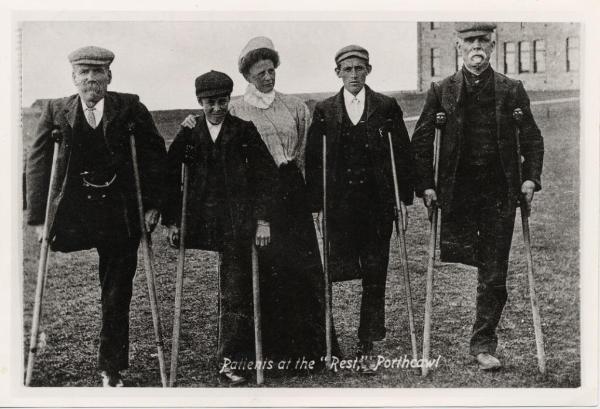 Covering the period from 1780 to 1948, the exhibits chronicle a time of great change not only for Wales, but also for Britain generally. History books tell us little about the lives of disabled people in this era. Work on disability and mining communities is often confined to the high-profile mining disasters; yet far more miners were killed or maimed in day-to-day accidents.

Project research findings, which are reflected in the material shown in the exhibition, include:

•    Some men with quite significant disabilities returned to work underground.

•    Other disabled miners also went back to work in less demanding roles at the colliery, or took other jobs in the mining communities, such as teaching.

•    Factors beyond a person's disability itself had an impact on whether they could return to work, including industrial relations, employment laws and the fluctuating economic fortunes of the coal industry.

Death and disability – the human cost of coal mining:

•    During the nineteenth century, there were about 100 non-fatal accidents in Britain’s mines for every fatal one, each resulting in an average loss of around 30 working days. Some led to permanent disabilities.

•    In the years leading up to the First World War roughly 30,000 mineworkers in South Wales were involved in accidents each year that resulted in at least 7 days absence from work.  This rose to 40,000 a year during the 1920s, while the figure for Britain as a whole was over 200,000.

•    A correspondent from the Morning Chronicle visiting Merthyr Tydfil in 1850 was shocked to find the streets ‘thronged with the maimed and mutilated’.

•    Long-term chronic illness was endemic among coalminers. The industry’s newspaper, The Colliery Guardian, remarked in 1863 that ‘above the age of forty almost all miners are the subjects of chronic bronchitis and asthma’. 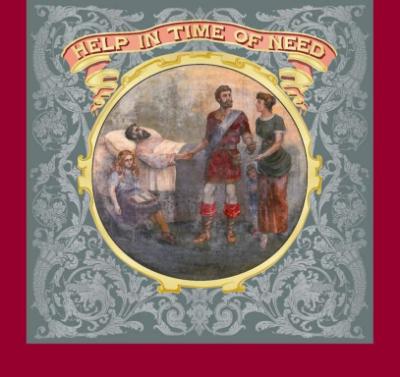 ‘South Wales has a proud mining heritage, but the experiences of those injured or disabled in the industry are often hidden from history. We are delighted that this collaboration with the National Waterfront Museum has given us the opportunity to tell the stories of disabled miners for the first time.

The exhibition sheds light on the experiences of sick or disabled people trying to re-enter the workplace, an issue with much resonance today.”

‘Amgueddfa Cymru-National Museum Wales is very pleased to have been a partner in the Disability & Industrial Society project. As one of the National Waterfront Museum’s key objectives is to tell the story of the human impact of Welsh industrialization, it is very fitting that it should host the “From Pithead to Sickbed and Beyond” exhibition.

Work-related injury is a very important but often neglected aspect of industrial history and this exhibition will provide a useful overview of the experiences of colliery workers in Wales before the creation of the NHS.’

One area which sheds light on the experiences of disabled people in the coalfield is literature.  More novels about mining were written in Wales during the troubled 1930s than similar coalfield regions in Scotland and the North East of England.   At its peak, Welsh writers were producing three times that of other regions.

Classics such as Lewis Jones's communist novel, Cwmardy, are prime examples of politicised working-class fiction.  Others, like Richard Llywellyn's How Green Was My Valley are romantic stories detached from reality.

Many writers used satire and black humour to record the desperation and anger of whole communities suffering from mass unemployment during the depression.

Gwyn Thomas, in Sorrow for Thy Sons,recorded the low wages and back-breaking toil:

"His father’s toil had been so excessive as to make him stoop like a victim of curvature. That had been just as well, because his father’s wages were so low it would have been impossible to count them standing up straight."

Alexandra Jones, a member of the project team who is researching this rich literary material, said:

"Coalfields literature offers fascinating insights into how disability and the lives of disabled people were thought about in the past. Coal miners were writing novels about their experiences for the first time and using industrial disability as an important theme in the workers’ rights movement.

Literature could be an important influence on public opinion, and Dr AJ Cronin’s international bestseller The Citadel, partly set in the South Wales coalfield, was widely believed to have stirred extra support for the establishment of the NHS in 1948. "

The exhibition contains a listening post that will play eight literary extracts from both Welsh-language and English-language literature.

‘This has been a hugely exciting exhibition to work on. We have spoken to the local disability groups Swansea Access for Everyone (SAFE) and Swansea Disability Forum to make sure this will be accessible and relevant to disabled people in Wales.’

Dr Daniel Blackie, project researcher, said putting the exhibition together had been an eye-opening experience:

'Once you start looking for objects that reveal the buried history of disability in the coal industry, it’s amazing to see just how many there are. Each one has its own fascinating tale to tell and is a reminder of the everyday significance of disability to Welsh mining communities and, indeed, the nation more generally’.

Find out more about the College of Arts and Humanities, Swansea University