With direct access to the beach, this £450m campus development project will open its doors to the first intake of students this September. 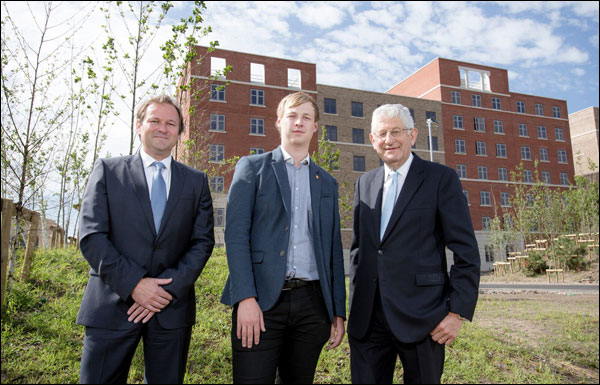 Professor Richard B Davies, Swansea University’s Vice-Chancellor, said: “Recently elected as Students’ Union President, Lewys Aron, is taking up his post at one of the most exciting periods in the history of the University.

"With our new Science and Innovation Bay Campus opening its doors in September, the University will be entering into a new era with world-class facilities and the unrivalled locations of both campuses driving substantial growth in research and student numbers.

"Our students, past and present, may take continuing pride in their University as we build upon the phenomenal success of recent years.”

Lewys Aron, Swansea University Students’ Union President, added: "My visit to the Bay Campus exceeded all expectations and it's great to see the plans and designs finally come to life.

"We at the Students' Union look forward to welcoming students on to the Bay Campus this coming year and I'm confident that our students will enjoy their student experience on this state-of-the-art campus."

Panoramic views out over the Bay Campus from the new Tower Information Centre Clock Tower.‌ 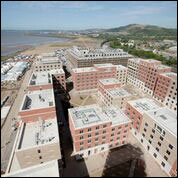 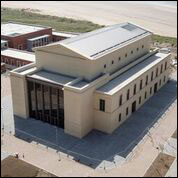 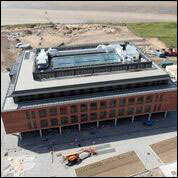