Swansea medical researchers have been awarded £8.5 million to analyse the genetic data of bacteria such as MRSA, E-coli, and campylobacter, which causes food poisoning.

Dr Sam Sheppard, Reader in the College of Medicine, will be one of the two leaders of the project, in the field of pathogen bioinformatics.  This involves using high-performance computers to analysis vast amounts of data, to help us understand the biological world.

The funding comes from the Medical Research Council (MRC), and was announced by David Willetts, UK government minister for universities and science.

The project is called the MRC Consortium for Medical Microbial Bioinformatics.   Dr Sam Sheppard at Swansea, brings to the consortium a world-class reputation in bacterial genomics and evolution alongside Professor Mark Pallen, a Warwick microbiologist with a track record that spans bioinformatics and laboratory-based research. 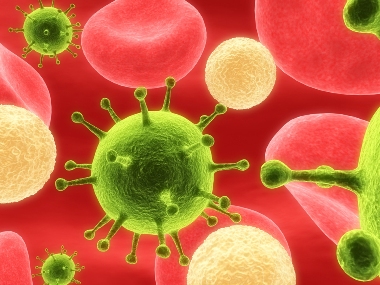 "We can now get the whole genetic code of each of the millions of strains of bacteria, thanks to advances in technology.  The issue now is how to make sense of this avalanche of data.

This funding means we can build massive computer programs to analyse the data, and help us to translate it into real health benefits.

For example we hope to be able to understand more about bacteria such as MRSA and E-Coli, which can sometimes be fatal.

We’ll also learn more about campylobacter, the most common cause of food poisoning, with around  400,000 cases a year in the UK, costing £500 million in treatment and time off work.

In short, we are looking for the genetic code for bad bugs, and finding out what it is that makes them bad."

Dr Sheppard explained how the funding would be used.

“We will bring together high performance computing, databases and software, and talented bioinformaticians in Wales and across the UK into a single environment.

This will allow microbiologists and health care professionals to use state-of-the-art genomics techniques to understand more about disease outbreaks, how they spread, and who they affect."

The funding will pay for the computer hardware needed, training for health experts from the NHS and universities, as well as research fellowships.

The data on bacteria can be compared with data on patients, to see how the two match up, and establish any patterns to diseases and infections.

"Making the most of large and complex data is a huge priority for government as it has the potential to drive research and development, increase productivity and innovation and ultimately transform lives.”