A Swansea University academic has helped identify a new type of cell in the brain that helps people to keep track of their relative location while navigating an unfamiliar environment. 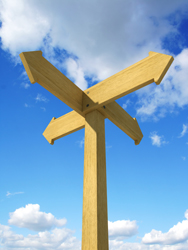 Dr Christoph Weidemann of the University’s College of Human and Health Sciences was part of the team which identified “grid cells,” which derives its name from the triangular grid pattern in which the cells activate during navigation.  The work is being published in the latest edition of Nature Neuroscience.

The cell is distinct among brain cells because its activation represents multiple spatial locations. This behavior is how grid cells allow the brain to keep track of navigational cues such as how far you are from a starting point or your last turn. This type of navigation is called path integration.

The grid pattern is consistent and it illustrates how people can keep track of their location even in new environments with inconsistent layouts. Without grid cells, it is likely that humans would frequently get lost or have to navigate based only on landmarks.

The cell was found by studying brain recordings of epilepsy patients with electrodes implanted deep inside their brains as part of their treatment.

During brain recording, the 14 patients played a navigation video game that challenged them to walk from one point to another to retrieve objects and then recall how to get back to the places where each object came from. The team studied the relation between how patients navigated in the video game and the activity of individual neurons.

While these cells are not unique among animals - they have been discovered previously in rats- and a prior study in 2010, that used noninvasive brain imaging, suggested the existence of the cells in humans, this is the first positive identification of the human version of these cells.

The team’s findings also suggest that these grid patterns may in fact be more prevalent in humans than rats, because the study found grid cells not only in the entorhinal cortex -where they are observed in rats- but also, in a very different brain area -the cingulate cortex.

The entorhinal cortex is part of the brain that has been studied in Alzheimer's disease research and understanding grid cells could help researchers understand why people with the Alzheimer’s often get lost. It could also help them learn how to improve brain function in people suffering from this disease.

Dr Weidemann said: “The study of neurosurgery patients offers unique insights into neural activity supporting spatial navigation. By recording from electrodes implanted in the brains of our participants, we were able to directly observe the neural code that is thought to underlie spatial memory in humans."