Swansea University: ready for the REF

Swansea University has submitted its research to independent scrutiny under the UK’s Research Excellence Framework 2014 (REF2014). 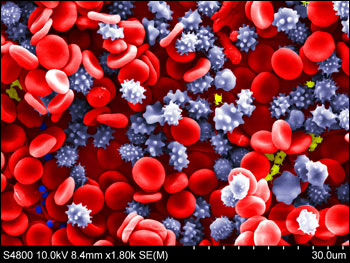 REF2014 is an independent assessment of the quality of research being undertaken by the UK’s universities. The results will demonstrate the proportion of each university’s research that is of world-leading, international or national excellence, and will also affect the research funding universities will receive from the UK’s higher education funding councils.

The results of the last assessment exercise in 2008 rated 47.5 percent of Swansea University’s research as world-leading or internationally excellent, and there are high expectations of a further successful outcome when the REF2014 results are announced in December next year.

He said: “For an ambitious university like Swansea, REF is a critically important exercise that will provide the evidence that Swansea is a truly research-led university of international stature, and that our research makes a difference around the world.”

Swansea University has submitted the work of 400 staff (including 74 early career researchers) across eighteen subject areas for assessment. The evidence provided includes more than 1400 research papers, book chapters, articles, books, and other published outputs from 63 research groups, as well as more than fifty case studies demonstrating the impact of the University’s research. These show that research carried out in Swansea is having significant economic impact. For instance, researchers have:

Examples of how the University’s research impacts on our health and wellbeing include:

Swansea University is also making a real difference to our society through its significant contributions to informing public policy, for instance in:

Other examples of the University’s research include the work to regenerate and transform the industrial landscape of “Copperopolis” in the Lower Swansea Valley; transforming refugee awareness and integration in South Wales, and enhancing performance in elite athletes, for instance in collaboration with British Cycling.

Professor Thompson added: “There really is no question that Swansea University is delivering significant, sustained and valuable economic and societal impact, not just within Wales, but internationally.

“It has been a real privilege to coordinate the University submission to REF because it has once again demonstrated that we are a community of truly talented researchers in Swansea.

“We can all be proud of their achievements and of the difference they are making to so many lives, and in so many ways.”

Image: 'The Beauty of Blood Cells' (2013) by Nafiseh Badiei, Centre for NanoHealth, Swansea University. The image was submitted as part of the University's annual Research as Art competition.