And the siblings, who are undertaking a Part-time Humanities Degree at Swansea University’s Department of Adult Continuing Education (DACE), say their studies have given them both a new lease of life. 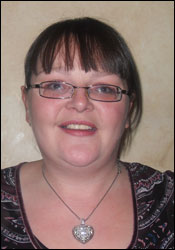 Cheryl Havard, aged 32, from Clase, began her part-time degree with DACE in 2010. After having her three children at a young age, she said she found it difficult to study, but as her children were getting older she felt that it was the right time to embark upon her own learning journey.

Cheryl began taking courses at her local Family Centre in Clase, where she very quickly developed a thirst to learn and progressed from one course to the next. She received plenty of encouragement along the way from DACE staff and she decided to progress to the BA Degree Preparation Programme in Humanities.

“After completing the course, Cheryl had the confidence to take the next step onto the part-time Humanities Degree, which she has embraced enthusiastically.”

Alongside her studies Cheryl also volunteered to become a Part-time Degree Class Representative for her course during 2011.  She was very active and attended Staff Student Liaison Group meetings, where she contributed fully by suggesting ideas and acting as a crucial link between the University, staff and community students.

Cheryl has also acted as a student ambassador by visiting her local family centre to tell them about her positive learning experiences and how it is shaping her future.  She also became a volunteer member of the Credit Union's credit committee.

Cheryl, who also won a Highly Commended Learner Award during Adult Learners’ Week in 2010 said: “I’m now in my third year of my degree and enjoying every minute of it!  The lecturers are amazing and I have learned so many new things, which I’ve been able to pass on to my own children. I really hope my children will follow in my footsteps and go on to get a University education.

“During the time I was studying I would tell my sister Marie all about my courses, the people and how it had increased my self-confidence, how much I had learned, and the friends I had made along the way.  I am so pleased that after much encouragement, Marie is now also studying for her part-time degree and at the same venue as me.

“I am now considering undertaking the PGCE when I complete my degree. I can make my future better not only for me, but for my children too – and I’m thrilled to have also played a positive part in my sister’s family’s future as well!” 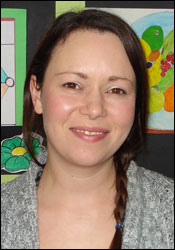 Marie Nash, aged 36, from Ynysforgan, had wanted to return to education for some time. Cheryl shared her learning experiences with Marie and she could see how her sister’s future was heading in a positive direction.

Cheryl finally succeeded in her efforts to encourage her sister to start the BA Degree Preparation programme. Marie enjoyed the course and said that it stimulated and captured her interest, and gave her the confidence to enrol on the part-time BA Humanities Degree.

Marie, a single parent, has juggled her studies with raising her two children and working part-time, said she wants to make a better life for herself and her family. She now hopes to pursue a career in teaching, or possibly working for a support organisation such as Women’s’ Aid.

“But Marie is excelling in the course, just like her sister, and is becoming an inspirational role model to her children.  Both sisters have very bright futures ahead of them!”

Marie said: “Going back into education was something I’d always wanted to do, but I never thought I would have the opportunity. It’s very easy to get ‘stuck in a rut’ and your focus is taken up with other things.

“As a single parent working part-time, I had reservations about being able to juggle all my commitments, but once I started the course, those doubts completely disappeared – all the support was there for me.

“The classes were very different from learning in school and the support offered by DACE staff left me with no excuses and with a new enthusiasm for learning – and I enjoyed meeting new people too.

“The continued support from my sister and DACE has been wonderful.  My first year is nearly over and I haven't looked back. My aim now is to complete my degree and change career direction.

“Now I realise that the only thing holding me back was my own doubt.”