Swansea University, in partnership with Cardiff University, is among five grant recipients in the first phase of a £64 million funding investment by the Economic and Social Research Council (ESRC) to support the development of a UK-wide network of innovative centres to strengthen the UK’s competitive advantage in Big Data.

The announcement of the new Administrative Data Research Network (ADRN), which will form the core of the ESRC Big Data family, was made on Wednesday, October 9, by the Rt Hon David Willetts MP, Minister for Universities and Science, during the Mountbatten Memorial Lecture at The Royal Institution in London.

Mr Willetts said: “Every day the world creates 2.5 quintillion bytes of data – equivalent to over 150,000 iPads worth of information.  The power of computing in analysis of massive and mixed datasets will transform science and industry in the UK and through the creation of the Big Data Network and the ADRNs; we hope to be well placed to take competitive advantage of this great technology.”

The ADRN, which came into being on October 1 and will run for an initial period of five years, is a partnership between Government departments, research funders, national statistical authorities and the research community, which will reach across the UK to facilitate research based upon linked, routinely collected administrative data.

The ADRN will be led by the Universities of Edinburgh, Queen's University Belfast, Southampton, and Swansea, with the Administrative Data Service (ADS) to be based at the University of Essex.  Collectively, these four centres and one service will benefit from a grants package totalling approximately £34 million.

Professor Paul Boyle, Chief Executive of the ESRC, said: “We are delighted to have played a leading role in the development of the national ADRN, which will strengthen the UK’s advantage in Big Data.

“The core aim, of the ADRN is to facilitate linkage of routinely collected administrative data, thereby stimulating opportunities for innovative research and policy-making.

“There will be benefits for researchers, government, local communities and the public – indeed; there is the potential for a revolution in our ability to answer a host of questions that were previously intractable.” 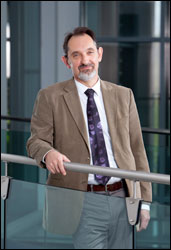 “Our prior expertise in the safe handling and linking of large, complex and sensitive data will serve us well as ADRN Wales embarks on its work with the Welsh and UK Governments to unlock new data, and supporting the researchers of the UK.”

The announcement was welcomed by Welsh Government Economy Minister Edwina Hart, who said: "This new centre will be at the forefront of data research and policy-making, a field that will deliver benefits for government, local communities, businesses and the public. The funding in Wales will support new posts, equipment, and research, as well as providing capital investment, alongside Welsh Government funding, for a new building on the Swansea University campus. It complements other Welsh investments in data research from the social sciences to health and natural resources.

"I would also like to congratulate Swansea University, in partnership with Cardiff University, for their work in securing this investment, which is testimony to Swansea's outstanding work in the field of data linking.

"This new ESRC funding builds on the recent status awarded to a Swansea University-led collaboration to become one of four UK Centres of Excellence for E-Health research. A coordinated network of the four centres – the Farr Institute – aims to establish the UK as a world leader in e-health research, and this latest investment further recognises the major contribution that academic talent and expertise in Wales can make to achieving this ambition.

"The Welsh Government will work alongside the ESRC at this new centre to ensure we maximise the opportunities in Wales to exploit data across research and policy.”

ADRN Wales is a powerful new centre specialising in making UK-wide administrative data safely available for research. The Centre has a strong team, with a wealth of experience in data linkage and in economic and social research and will work closely with The Farr Institute at Swansea University, massively increasing the opportunities for research to benefit people and society.

The main aim of the ADRN Wales is to create a world-class administrative data research centre that is widely known for its ability to access, link and make safe use of data for high quality research.

The Centre’s work will be underpinned by a robust governance framework. This means that the centre will follow all the rules, laws and regulations that govern data usage, and set many new standards, so that its work is always ethical and respects the rights and privacy of individuals and organisations.