Professor John Goodby, an international authority on Dylan Thomas, has launched his newly-published study of Thomas’s poetry, at a reception in the Houses of Parliament to highlight plans to mark the centenary in 2014 of the poet’s birth. 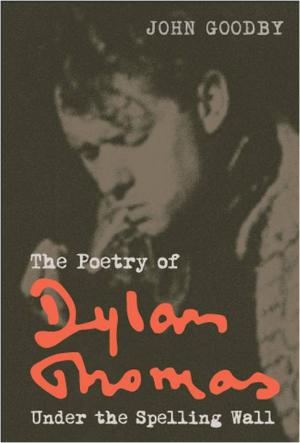 In his book, The Poetry of Dylan Thomas: Under the Spelling Wall, Professor Goodby, who works in the University’s Department of English Language and Literature, considers Thomas’s fate at the hands of the literary critics. He also reappraises Thomas's work in the light of contemporary critical theory, and offers a re-evaluation of his poetry for the 21st century. 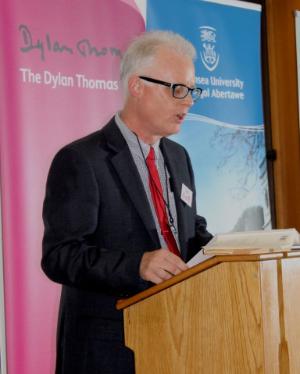 The book was launched at a parliamentary reception attended by senior politicians from all parties, including:

‌Other guests from outside the world of politics included Dylan Thomas’s granddaughter Hannah Ellis, actor and comedian Griff Rhys Jones, and senior figures from the arts and other areas of public life in Wales.

‌The reception was organised by Geraint Davies, MP for Swansea West, which includes the University’s Singleton campus and the area where Dylan Thomas was born and raised.

Picture:  Professor Goodby reading extracts at the Westminster reception, marking the start of the countdown to the poet's centenary in 2014.

"The major discovery was that Dylan Thomas was a poet who is relevant to us in the 21st century, with his concern for embedded consciousness and the body, his sense of the way we perform our identities, his eco-awareness, his grasp of the way that language is usually used not to say things more than to say them."

"Seeing and handling Dylan Thomas’s original manuscripts was terrific. The scribblings and scrawlings and tortuous workings-out, the doodlings, the lists of words, made over many days and weeks, of various poems, was fascinating."

Swansea University is involved in a wide range of different activities relating to Dylan Thomas, in the lead-up to the centenary of his birth in October 2014. 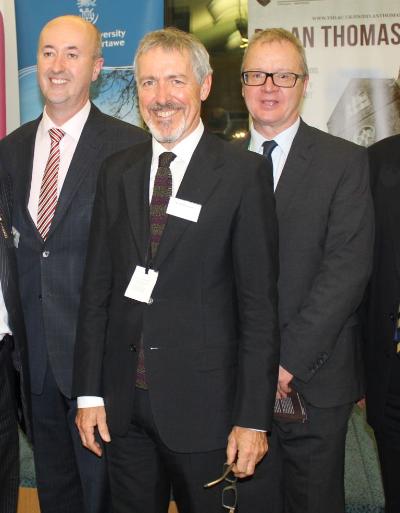 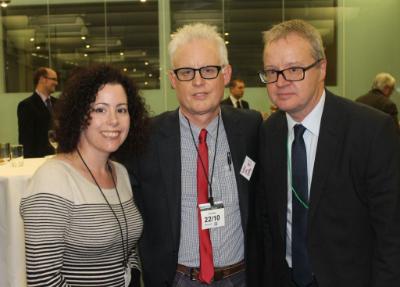 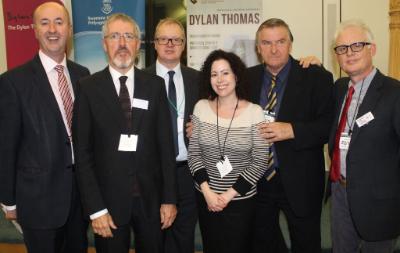 "Staff and students at Swansea University look forward eagerly to the 2014 Dylan Thomas Centenary.  This will be our chance to share our world-leading research on Thomas and his peers and to welcome writers and visitors from around the world.

Highlights include the 2014 Dylan Thomas Literary Prize, our Dylan Unchained conference, and Under Milk Wood - the Opera.

So come and see what's going on at Swansea University in Dylan Thomas year!"

Further pictures from the Westminster event below. 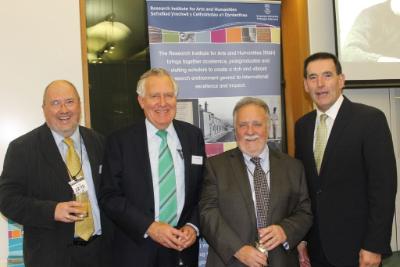