The essay below, by Chris Marshall (pictured), a PhD student at Swansea University’s College of Arts and Humanities, was written to mark the 50th anniversary this week of Dr Martin Luther King Jr’s “I Have a Dream” speech. 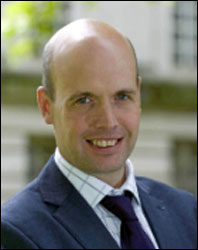 Fifty years ago this week (on August 28, 1963), Dr Martin Luther King Jr stood at the Lincoln Memorial in Washington and spoke of his “Dream” that one day African Americans would be judged not by the colour of their skin but by the content of their character.

Forty-five years after the March on Washington, the first African American to be elected to the Presidency would be hailed as the fulfilment of the “Dream”, as the heir to Dr King. Barack Obama had actively encouraged the association during his election campaign, and often quoted Dr King directly. Obama was too young to join the marches of the 1960s but consciously inserted himself into the Civil Rights timeline by presenting himself as the leader who would take his people into the Promised Land of racial equality guaranteed by the US Constitution.

The day before he was assassinated, Dr King told how, like Moses, he had been to the Mountaintop and looked over at the Promised Land, but that he might not get there with his people. In the Book of Exodus, it is Joshua who leads the Hebrew slaves into the Promised Land, and this is the role that Obama proposed for himself. Speaking in 2007, he said it would be the Joshua generation that would “finish the journey Moses had begun...and cross over that Promised Land together.”

So what would Dr King make of his country’s first African American president, a man who swore the oath of office at his inauguration this year on Martin Luther King’s bible, on the national holiday that bears his name?

On one hand, we can assume that he would have been overwhelmed like Jesse Jackson, who was filmed in tears on Obama’s victory night. I think he would have been overcome by the magnitude of the occasion, by the fact that America had elected an African American to the highest office and had done so based on the content of his character.

Then again, in this fifth year of Obama’s presidency, I think Dr King would be disappointed.

A committed pacifist fiercely opposed to US militarism and imperialism, he believed America to be the world’s greatest purveyor of violence, and he would be alarmed by Obama’s commitment to drone warfare, which has killed 2,637 people in Pakistan (http://drones.pitchinteractive.com/) – a country the USA is not even at war with – since he came to power.

He’d be alarmed at the scale of the USA’s surveillance programmes, the hounding of Edward Snowden and Bradley Manning, the treatment of inmates at Guantanamo.

And, almost as if nothing has changed since the 1950s, Dr King would despair at the recent acquittal of George Zimmerman, the neighbourhood watchman who confronted and killed African American teenager Trayvon Martin because he thought he was acting suspiciously.

Dr King would also be concerned by evidence that the hard-won successes of the 1960s, such as the Voting Rights Act, are being eroded. In 2011, the National Association for the Advancement of Colored People listed 25 new laws designed to restrict voting, disproportionately affecting minority groups. In 2012, former Republican Party chairman Jim Greer accused his own party of suppressing early voting in Florida to reduce African American turnout.

In electing its first African American president America may well have proven that progress can be made, albeit slowly, but there’s evidently a long way to go to fulfil Dr King’s “Dream” and to reach the Promised Land.