Swansea student William Sparkes has landed a dream job as a sports scientist with Swansea City FC, looking at the impact on players of playing a competitive game, after a placement with the Swans as part of his studies.

William will be working as part of the Sports Science team at the Swans, looking at data from the players, for example GPS information on their speed and distance covered during a game.

He is looking in particular at players’ recovery, working out what are the key game characteristics that impact on a player’s ability to recover.   Previous research has shown that players can take up to four days to recover fully following a competitive game.

The Swans recently played 7 games in 21 days, with their Europa League fixtures on top of Premier League and cup games 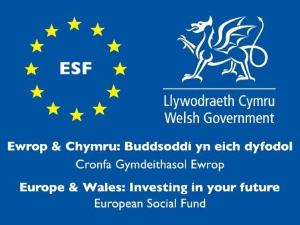 William did a degree in sports science, and now as part of his postgraduate studies is taking part in the KESS scheme – Knowledge Economy Skills Scholarships.

KESS is a major European programme supporting research projects. This work is part-funded by the European Social Fund (ESF) through the European Union's Convergence programme administered by the Welsh Government

KESS students work on placement with small or medium-sized employers.  In William’s case, his placement is with the Swans.

•    Swansea University is in the top 20 in UK for graduate job prospects, according to the Sunday Times Good University Guide

•    Sports science at Swansea is in the top 5 departments in the UK, according to the Guardian University Guide 2014

“My placement with Swansea City was part-time over one year, and it then led to the opportunity to work with them on my KESS MSc.

The club already used GPS data, but my work will help them use it more effectively”.

“We’re delighted that William has gone on to get this post, as part of  the KESS scheme.

Three of our Sports Science graduates are already working at West Ham, so it’s great to re-establish the relationship with the Swans too, and I’m sure it’ll be a great experience for William.

This research will ensure the Sports Science team at Swansea City can be very objective in the way they plan their training week, in terms of player recovery and preparation for upcoming games. .

It’ll help our other students as well, because we can learn from what the Swans are doing, and use the lessons to help inform our own teaching and curriculum”. 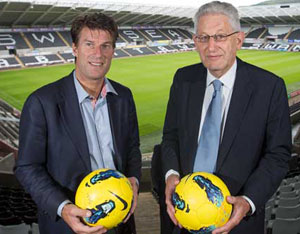 “It is good to re-establish a partnership with Swansea University again, and provide an opportunity which is beneficial for both parties.

With the increase of games in the schedule, especially this season with the introduction of Europa League action, our recovery strategy becomes more vital than ever.  So for Will to be carrying out a study in this area can help us to improve in this area further.  It will also provide him with the vital experience of working alongside elite athletes.”

The KESS scheme is one of several links between the University and Swansea City FC.  More information