From the roaring Twenties with their fancy costumes and grand balls, to the 1980s and campaigns for cheaper beer and an end to apartheid, the rich history of students at Swansea University has been brought vividly to life by student historians working on new collections in the University’s Richard Burton Archives.

Students carried out research in the archives into the history of their own Students’ Union, as part of a course offered by the University’s Department of History and Classics. 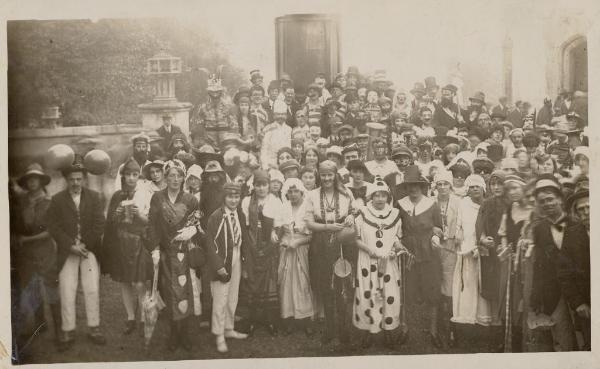 Amongst the treasures in the archive are:

•    1922 Rag Week fancy dress picture – it was the era of the Great Gatsby, just two years after the founding of Swansea University, and the students are ready to party in a bewildering variety of costumes. 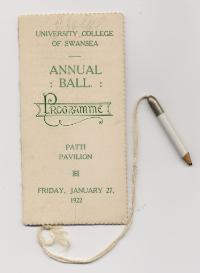 1922 Student Ball Dance Card:  the card listed the dances that were scheduled, from the Tango Waltz to the Hesitation Dip, and then gave space – and even a pencil attached on a piece of string – for students to book in their partner for each dance. 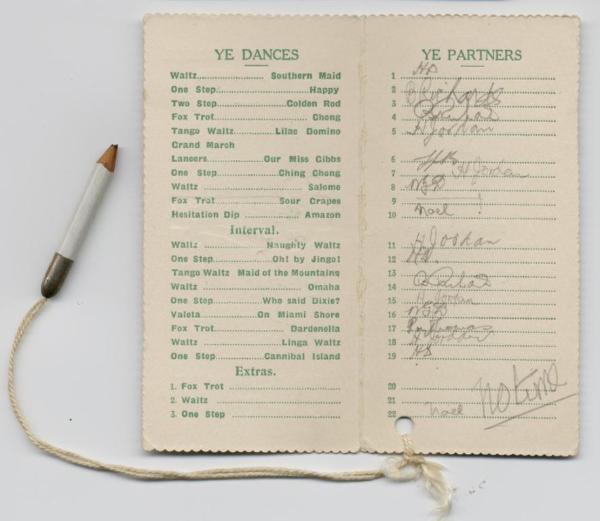 •   1950s student newspaper – “Dirty crockery and unsoaked peas” – complaints about the food and conditions in the student refectory had led to “smouldering discontent”, so the newspaper reported

•    1960s Hall of residence rules – it was the swinging sixties, but female students at Beck House in 1965-6 were required not only to air rooms, make beds and wash up, but also to ask permission from the warden should they wish to be away overnight.

Pictures:  Dance card for the 1922 Student Union ball at the Patti Pavilion. Students would line up partners for each dance, with a pencil provided! 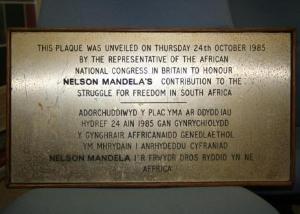 In addition, work on the history of the Swansea Students’ Union has unearthed a 1980s plaque supporting Nelson Mandela.

Like many Student Unions, Swansea took part in the campaign against apartheid in the 1980s, and a plaque from the time commemorates the visit of an African National Congress representative to the campus in 1985, when the future South African president was still in jail.

Picture:  the plaque commemorating the visit of the ANC representative in 1985

More pictures from the archive 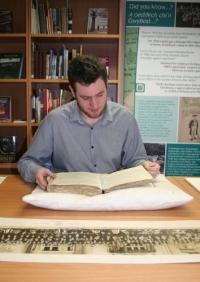 Sion Durham (pictured), who followed the course on the history of the Students’ Union, using archive material, was one of the Swansea winners in the Tell us Your Story competition, run by Archives Wales.  He said:

‌"One of the issues that came up in my research in the archives was Swansea students’ long fight to have their own bar.  The records show that this lasts for around 30 years.

Dances and balls were a part of student life.  One wild night in 1958 ended up with lots of glasses being smashed.  After this episode, students needed to prove now more than ever that they were trustworthy enough to run their own bar.   In fact this didn’t happen until 1988.

The archives are a great resource, but it’s not just about the building.  It’s about the people who run it, and the team here at the Richard Burton Archives have been amazing."

Watch Sion describe his project in this short film.

Dr Louise Miskell is a senior lecturer in the department of history and classics, and runs the module on the history of the Students’ Union.   She said:

"We wanted to design a module that gave students more practical experience of communicating their historical knowledge to the public. The development of these kinds of skills is vital to enhancing their employability.

Working with original sources is really important at Swansea, and when the Student Union records were deposited in the archive it was a perfect opportunity.  It meant students were able to look at minute books of meetings, student newspapers, and all the doings of previous generations of students at Swansea.

Student unions are now seen mainly as social places.  However they’ve also had a really important role in politics and campaigning over the years, which really comes across in the archive. This was a strong feature of the literature, exhibition and web material the students produced during the course of their studies."

"The University history would be incomplete without a history of the students.  Here at the Richard Burton Archives our aims are to preserve the records in our care and to help people use them.

It’s great to see students using archives as part of their courses and there is a lot more potential for them to be used.  We are open to the general public as well as staff and students."