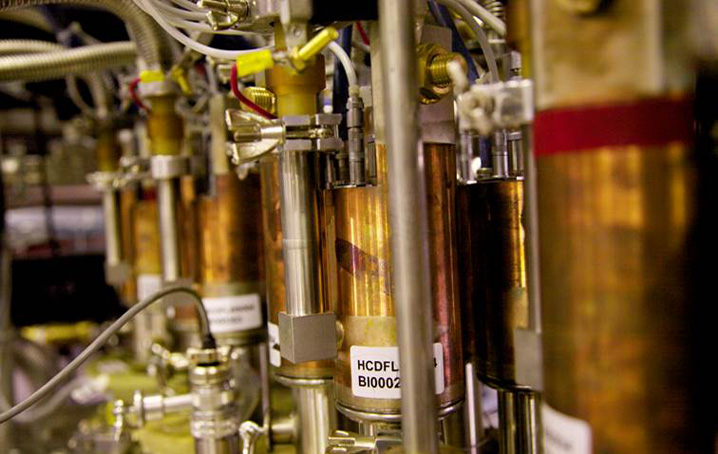 The creation and trapping of antihydrogen at CERN by the ATHENA and ALPHA collaborations (see the sites http://alpha.web.cern.ch and http://athena.web.cern.ch/athena) has sparked wide interest in the science of antimatter, which has included YouTube clips (www.youtube.com/watch?v=AYusRF8dN50&list=PL2Z2pXTsXNJJvJtCiV-w5kzXLALVVjvEg) and webcasts with over 100,000 hits.

Accordingly, we are building a campaign of public dissemination and education to explain our work including a software simulator Hands on Antihydrogen (funded by an EPSRC “Pathways to Impact” grant) that can virtually re-create antihydrogen production. Swansea’s involvement includes AMQP group leader Professor Mike Charlton, together with Professor Niels Madsen and Drs Dirk Peter van der Werf and Stefan Eriksson. We have used the software at annual Particle Physics Masterclasses; recent demand means that we have trebled the number of these events.

We exhibited antihydrogen work at the National Eisteddfod (aided by an STFC “Science in Society” grant). Our presentation was broadcast on the Welsh language TV channel S4C and helped to attract 26,000 visitors to the Science Pavilion. We have also presented our antihydrogen research at the Urdd Eisteddfod each year from 2011, with an average attendance of 14,000 in the GwyddonLe (Science Tent). Outreach is also a core activity at CERN, where the antimatter facility is open for weekly public tours regularly led by Niels who is an official Antiproton Decelerator guide.