An internationally-renowned social scientist, Professor Sullivan published widely on public policy, education, devolution, social reform and the effect of the state on the family.

One of his achievements was to establish Swansea University’s Morgan Academy, named after former First Minister Rhodri Morgan, with whom Professor Sullivan worked, both as specialist adviser to the Welsh Ministers and at Swansea University where Rhodri was Chancellor from 2011 to 2017.

As Vice President for International Strategic Partnerships at Swansea University, Professor Sullivan led on relationships with universities in Spain and Texas in particular, and his recent work included the development of the Hillary Clinton PhD programme, in conjunction with the Welsh Government and Columbia University in New York. 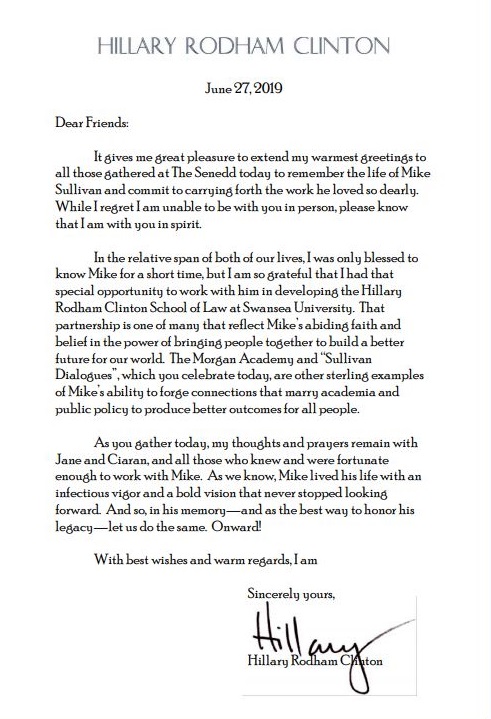 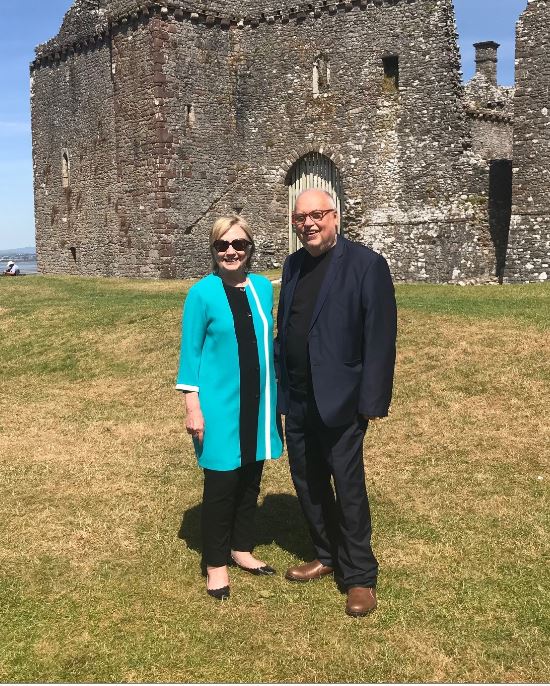 Described by Hillary Clinton as “a remarkable man of great vision”, Mike recorded numerous dialogues with many influencers in public policy during the first two decades of Welsh devolution, reflecting especially on Rhodri Morgan’s political legacy and the nature of the ‘social democracy with a Welsh stripe’ that has emerged.

At the event, insights from these dialogues were shared, with opportunity for discussion with some of the ministers and assembly members who were involved.

Other contributions were made by colleagues who worked with Mike on several milestone achievements at Swansea University, including the establishment of international research partnerships and latterly, a remarkable relationship between Swansea University and Hillary Rodham Clinton.

A video of the event can be viewed below.