The event attracted one of the largest crowds in recent years; delegates from Europe, America and the Far East enjoyed presentations from academics and practitioners and engaged in heated debates on smart contracts, smart ports/ships and legal tech generally. Lord Justice Gross not only attended most of the sessions but did a splendid job of chairing one. So did a number of others, to whom we are enormously grateful. These included the IISTL’s own Richard Williams; Pino Musolino (President of the North Adriatic Port Authority, Italy) Prof Bülent Sözer (Piri Reis University, Turkey); Prof Guohua Wang (Dean of Shanghai Maritime University, China); and Prof Iwan Davies (Senior Pro-VC, Swansea University). 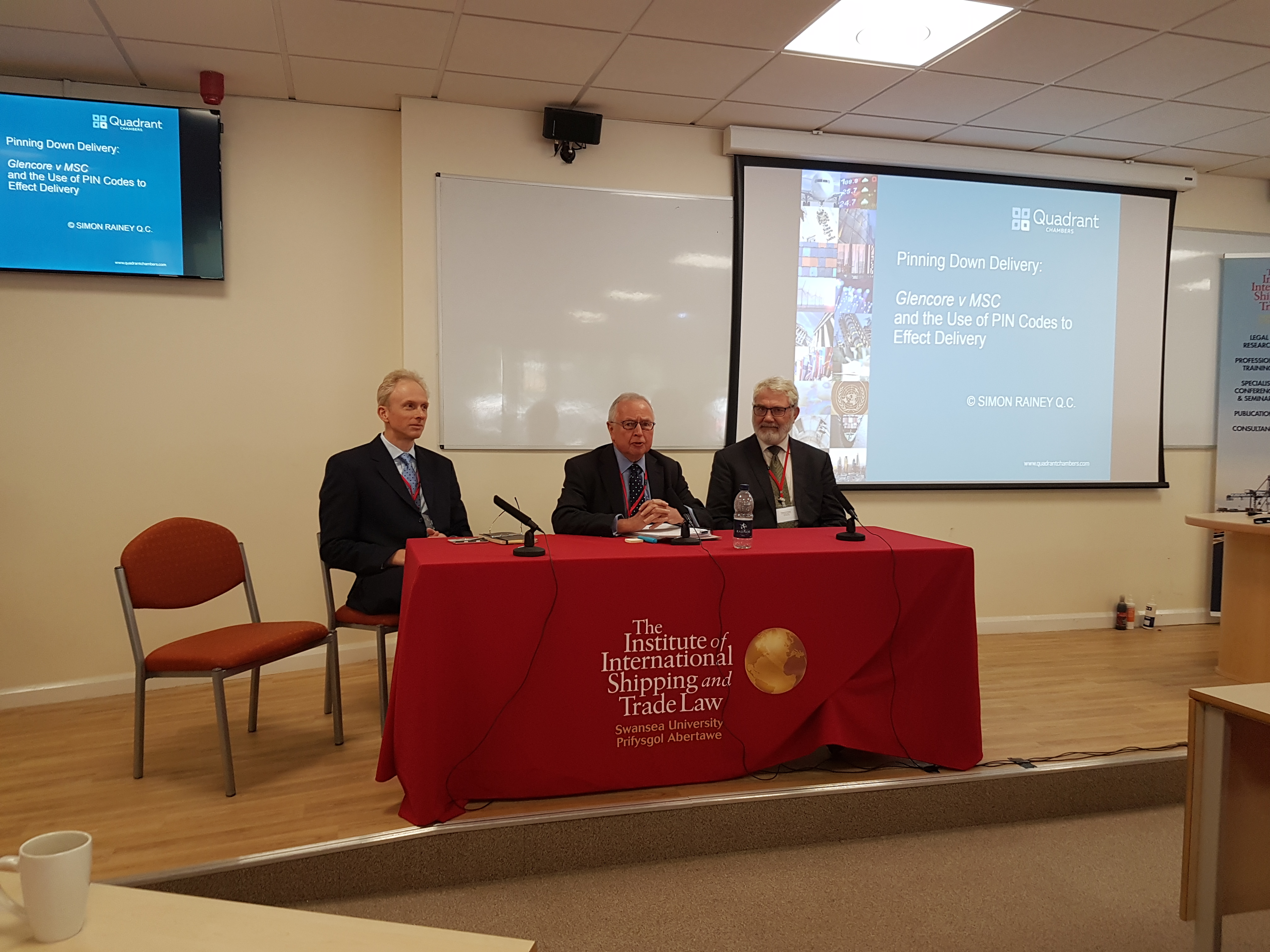 ‌Lord Justice Gross chairing one of the sessions

The event was again very kindly sponsored by Informa Law of Routledge, whose long-standing association with it is one of its greatest attractions. This particular event was also, on a sadder note, dedicated to the memory of Dr Nikaki, a loyal and enormously hardworking member of the IISTL, who tragically and unexpectedly passed away earlier this year. 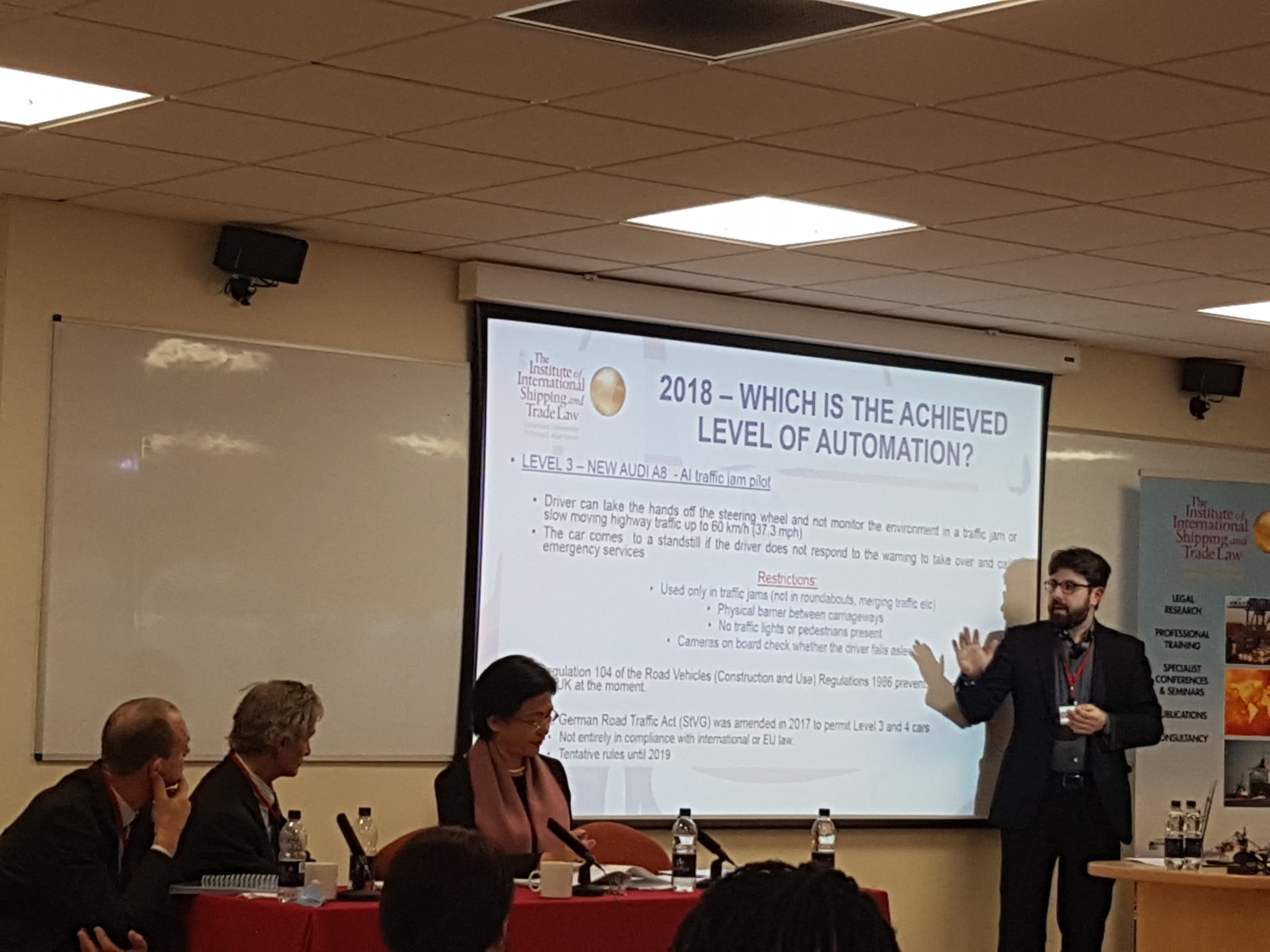 ‌Dr Stevens, Professor Baughen, Professor Wang and Dr Leloudas in one of the sessions (from left to right)

After the conference, Professor Soyer, the Director of the IISTL commented:

“We in the IISTL have always led the academic research pack in commercial and shipping law. This year’s event has clearly demonstrated how our work remains bang up-to-date and extremely relevant to the question of how we develop the law to deal with emerging technologies. I am enormously grateful to the delegates and speakers, most of whom travelled a long distance to be with us at Swansea. Thanks are also due to our research assistants and members for the work they put in to make this year’s event the great success it was. I’ll have to stop there: believe it or not, we now have to get together to think about planning next year’s event!”