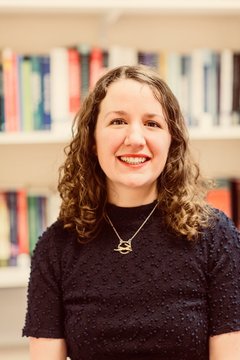 The project team incorporates co-investigators from the Universities of California, Berkeley; Essex; Manchester, and Heriot-Watt, as well as a project consultant from Amnesty International.

Funded by the ESRC Transformative Research scheme, OSR4Rights is a two-year project that combines expertise from Law (human rights law and evidence law) and Computer Science (geospatial technology and natural language processing), along with practical insights from human rights organisations.

Open source evidence is of increasing importance to human rights investigations, in light of the fact that investigators are often denied access to affected regions. Not only does open source intelligence help to overcome some of the logistical barriers investigators face; it has also been heralded for its great democratizing potential, by hearing some of the voices that have traditionally been silenced in investigations.

Speaking about the launch of the project, McDermott Rees said: “Human rights investigations are undergoing a period of immense transformation, where investigators were in the past denied access to regions where mass atrocities have occurred, now ordinary citizens can record events in real time and post them online. Satellite imagery can also help to identify scenes of destruction.

“However, this kind of evidence brings with it immense challenges – not least the volumes of evidence that it generates; the need to verify content to sift out ‘fake news’, and the impact it may have in inadvertently silencing the voices of those who do not have ready access to technology.”