Brexit event debates the future for children in Wales

Swansea University hosted a key event to discuss the consequences of Brexit for children in Wales and to make recommendations on the political priorities for a post-Brexit Wales.

Brexit: Implications for Children in Wales, held on the 19th January at the College of Law and Criminology included representatives from the Welsh government, local government, and the non-government sector, as well as children and young people’s groups. The conference heard from young people directly about their concerns over issues such as the rise in racist incidents against young people from ethnic minorities following the Brexit vote, and the loss of opportunities to work and travel previously available to other generations. 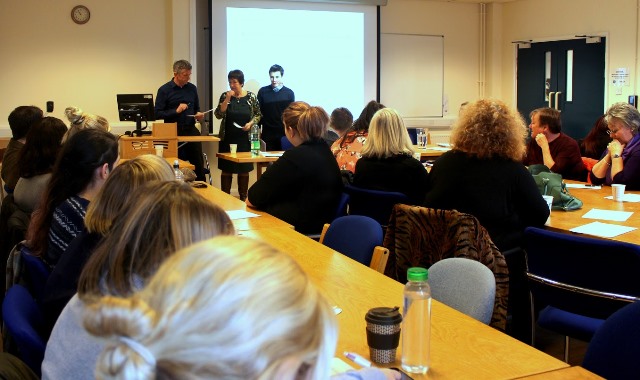 Children constitute over 20% of the UK population, and have the biggest stake in the long-term impact of Brexit. Despite this children and young people were denied a say in the referendum on membership of the EU, and their interests continue to be overlooked in discussions about the priorities of Brexit.

A recommendation from the conference was that the Welsh Government has a duty to take account of the impact of Brexit children’s rights and should therefore prioritize protection of the social benefits for children which come with EU membership. Other suggestions included making sure EU funding for children’s services is replaced; lowering the voting age in Wales to 16 and providing a social guarantee of rights for everyone in Wales, including migrants, asylum seekers and refugees. (Full list of recommendations below.)

A report on the event has now been prepared by Dr Simon Hoffman, the organiser of the conference. Dr Hoffman, coordinators of the Wales Observatory on Human Rights of Children and Young People based at Swansea University, said: “We hope the Welsh Government will act on the recommendations from this event to protect children’s interests in a post-Brexit Wales. The consequences of not doing so would be harmful to children in Wales now and in the future.”

Enquiries should be directed to:

**  indicates recommendation is directed to the Welsh Government.