On 27-28 May 2010, the Institute of International Shipping and Trade Law (IISTL) hosted the Sixth European Colloquium on Maritime Law Research. The Colloquia are a series of biannual conferences organized by leading maritime law centres in Europe, in collaboration with the Scandinavian Institute of Maritime Law ( University of Oslo, Norway ) . These events date back to 2000 and have quickly established themselves as a premier academic forum within the field. As with its predecessors, the recent Colloquium at Swansea brought together academics from all regions of Europe to exchange ideas and debate over contemporary and problematic issues of maritime law. 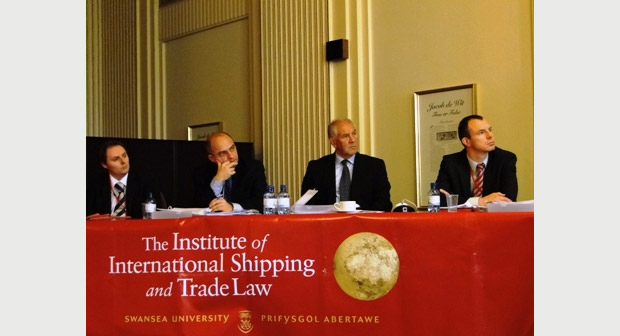 The theme of the Sixth Colloquium addressed one of the most important issues in modern shipping law, namely the implications to the industry and the development of the law of the UN Convention on Contracts for the International Carriage of Goods Wholly or Partly by Sea (known as the Rotterdam Rules). The Rotterdam Rules will introduce significant changes to the existing legal regime relating to the carriage of goods – a number of which were explored within the Colloquium. In keeping with the ambitious scope of the new legal regime, the Colloquium adopted a multi-dimensional approach, examining both the legal text and the wider environmental, economic, insurance and commercial implications of the Rules.

The event provided a welcome opportunity for leading academics and specialists from universities and institutions throughout Europe to debate a series of key aspects concerning the operation of the Rotterdam Rules. A number of novel approaches were advanced, including discussion of documentary issues, environmental protection, aspects of industry liabilities and national perspectives on the Rules. 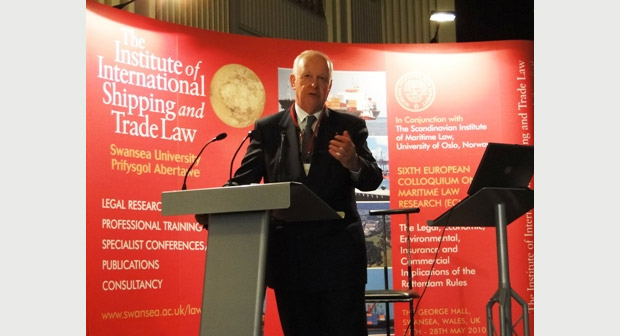 A number of distinguished speakers delivered papers at the Colloquium, including: 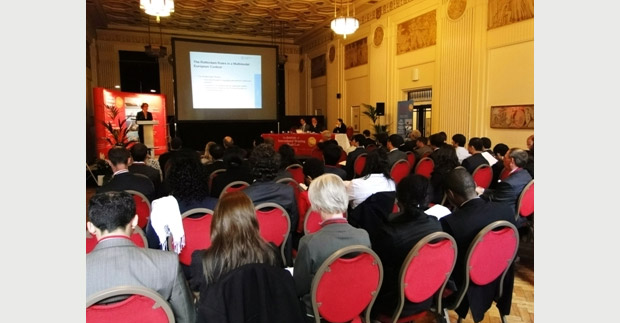 On both an academic and a social level the Colloquium was a great success, bringing together some 64 delegates who participated in very lively discussions and debates over the controversial new regime encompassed in the Rotterdam Rules. In examining some of the wider concepts engaged by the new Convention, the event helped to broaden the general understanding of a number of aspects of the Rotterdam rules at a time of critical importance to the international shipping industry.