The Institute of International Shipping and Trade Law (IISTL) co-hosted a colloquium at Dalian on 10-11 December 2012 in collaboration with Shanghai Maritime University, Dalian Maritime University (Liaoning Province, China), and Korea University (Seoul, South Korea). The event represented the first concrete outcome of an important collaboration agreement signed between the four institutions (all of which are elite universities specialising in maritime teaching and research) earlier in the year with the aim of promoting academic exchange and corporation between them. Under this agreement, each institution has undertaken to host an international colloquium every two years and Dalian Maritime University volunteered to lead the way by hosting the inaugural event. These colloquiums will be known collectively as the DSSK Colloquiums, based on the initials of the parties involved. 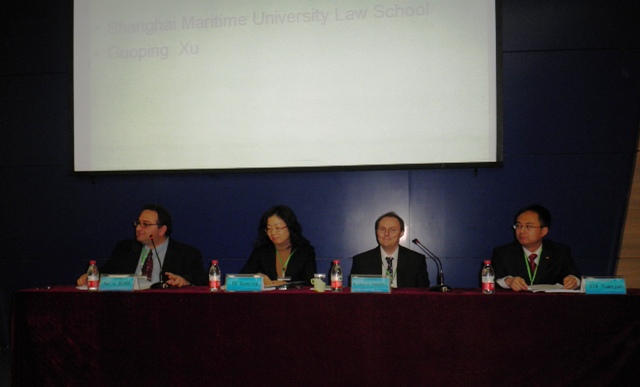 The next colloquium in the series will be held in 2014 and will be hosted by Shanghai Maritime University.

Commenting on the event, Professor Baris Soyer, the Director of the IISTL, said:

“At a time when the balance in the shipping sector is shifting gradually towards the Far East, it is very timely for the IISTL and its members to get together with lawyers and academics from the region on a formal basis to exchange ideas and discuss common problems. We benefitted immensely from this experience and I would like to take this opportunity to thank all of our partners and in particular the Dalian Maritime University for agreeing to host the inaugural event and also for doing such a tremendous job in every aspect. I am already looking forward to the next event in Shanghai in 2014”