The Institute of International Shipping and Trade Law (IISTL) held its 12th Annual International Colloquium at Swansea on 15-16 September 2016.

This year's event was dedicated to charterparties in all shapes and forms. This is an area of law, crucial to international trade, where freedom of contract dominates and interpretation is king. For this reason charters more productive of disputes than almost any other form of contract. This year’s event created lively debates amongst the participants which were drawn -- as always with the IISTL -- from academia, legal practice, insurance and the shipping sector generally.

The meeting, very generously sponsored by Informa Publishing Ltd, attracted very good numbers of delegates from the UK, Europe and beyond. Papers, presented by a combination of academics, practitioners and industry experts, included: 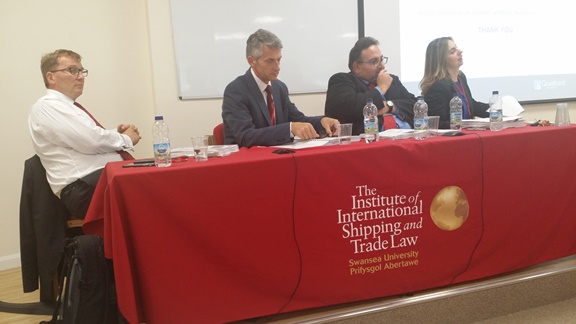 Professor Richard Williams (IISTL, Swansea University): How Much Flexibility Is There in A Voyage Charterparty? An Eclectic Cornucopia 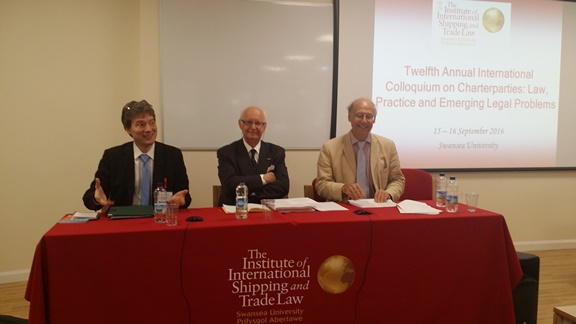 The Hon Mr Justice Teare, the Admiralty Judge and a welcome guest for the first time at an IISTL Colloquium, was actively involved in the discussions, and also chaired one of the sessions. Commenting on the event afterwards, Professor B. Soyer, the Director of the IISTL, said: “The IISTL Colloquia, first launched in 2005, have swiftly established themselves as the highlight of the academic discussion of maritime law in Europe. We are immensely proud that this event attracts so many esteemed speakers and delegates each year. This certainly creates a pressure on us to offer a very rewarding event for all those who take two days out of their busy schedule to be with us at Swansea, but judging by the reaction of the delegates I talked to after the event I am confident that this year’s event has achieved its objective. I would like to take this opportunity to thank all those who participated and members of the IISTL for their hard work and dedication.”