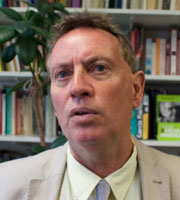 I will be drawing on the methodology employed in a number of articles published in the second volume of the 2017 issue of Green Humanities (particularly Hubert Alain’s ‘Vagabond: The trans-species ecologies of plant/human encounters’) to focus on the ‘miracle’ that is routinely wheeled out when you visit Santa Rosa’s ‘santuario’ in Lima – Rosa had an agreement with the mosquitoes in her back garden such that that she would never harm them and they in turn would never bite her. The one thing the guides do not mention, though, is the fact that this miracle – like the other ‘green’ miracles (the trees in the garden would bow down when Rosa walked past them, and she could make flowers grow even in the depths of winter, hence her fame as the patron saint of florists) – were passed over when they were presented to the Congregation of Sacred Rites in Rome in the 1660s as a result of Pope Urban VIII’s decree of 1634 in favour of the medical miracles. Thus it was that the nine miracles subsequently used as evidence to canonize Rosa in 1671 were all examples of the instantaneous healing of human ailments or diseases. Yet this downplaying of the Dr Dolittle/green fingers side of Santa Rosa illustrates the paradox underpinning the taxonomic systems used to interpret miracles over time. The Holy See’s decision to home in on the healing of the human body at the expense of other types of preternatural events led to the exclusion of the natural environment from the stage. But we should recall that the illness that Santa Rosa had the highest success rate at curing – based on the 119 miracles presented to the Holy See – was tertian/quartan fever, and this particular illness, as Charles Louis Alphonse Laveran demonstrated in 1880, was malaria carried by the mosquito. This fact was not known in Santa Rosa’s time and we can therefore propose that the specific taxonomy used by the Holy See to authenticate miracles in effect cut the mysteriously green Gordian knot that linked Rosa’s post-mortem curing of malaria sufferers with her ability to ‘speak’ with mosquitoes.

Vote of Thanks: Rachel Morgan 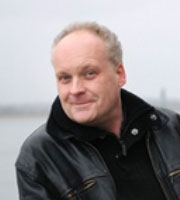 Heather Dohollau was born in 1925 in the Rhondda Valley and raised in Penarth. She left for France after losing her mother as a young woman after the war, and after some years in Paris and London, settled on the small Breton island of Bréhat. A close friend of Pierre-Jean Jouve in the mid-1960s until his death in 1976, she developed other literary friendships from the 1980s, when her annual attendance at the colloquiums of Cerisy-la-Salle began, with Yves Bonnefoy, Jacques Derrida, Salah Stétié and Lorand Gaspar. Most of Dohollau’s published writing takes the form of poems (including prose-poems). She has also published one novel, La Réponse / The Answer (1982), which is inspired by the philosopher Jules Lequier, and one volume of literary essays, Les Cinq jardins et autres textes / The Five Gardens and Other Texts (1996). The latter focuses chiefly on Rilke’s novel The Notebooks of Malte Laurids Brigge / Die Aufzeichnungen des Malte Laurids Brigge.

Vote of Thanks:  Dr Kathryn Jones 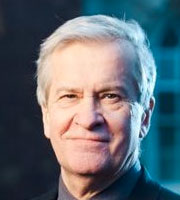 La dolce vita (dir. Federico Fellini., 1960) is one of the most famous films ever made, an international and often scandalous hit that gave the world not only the term and idea encapsulated in its title but also 'paparazzi'. It is a film about gossip and news that was itself news and is based in the news stories, fashionable people and actual fashions of its time. This talk looks at this whole process, the real and fictional images of Rome La dolce vita draws on, the way it relates to neo-realism in its use of non-actors, location shooting and episodic structures and the way that it transmutes them into symbol and spectacle. La dolce vita is rooted in the real and yet refuses to present itself as realist, insisting on the way knowledge of the real is always literally mediated.

Vote of Thanks: Dr Joanna Rydzewska 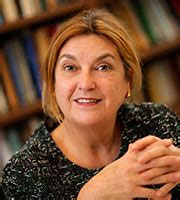 This talk asks, again, what is Modern Languages Research? What is the special domain of Modern languages research expertise? Can we define a single Modern Languages discipline? If so, what are its defining features vis-à-vis cognate disciplines, its specific research questions, practices, methodologies, concepts and theoretical frameworks?  To what extent is modern languages research reconfigured in response to government policies and funding priorities, and why is it important that we clearly articulate the significance of modern languages research? These are just some of the questions raised in this talk which it is hoped will develop into a more sustained research conversation.

Vote of Thanks: Professor Derek Connon