Research has emerged that disputes several long-standing myths about older drivers. A Swansea University academic says that older drivers are not actually dangerous and that testing them will not make the roads any safer, contrary to popular belief. He says that as the population is ageing, it is crucial we re-think road safety policy for older people and explore new solutions as soon as possible.

Dr Charles Musselwhite of the University’s Centre for Innovative Ageing says his research shows that older people are relatively safe compared to other age groups. He also highlights that introducing more stringent testing will not weed out the most dangerous drivers. A review of countries with stricter tests for older drivers shows little difference in collision rates for older drivers, suggesting it makes little long term difference to driver behaviour.

Dr Musselwhite says: “My research has suggests that while people think older people are dangerous on the road - they aren’t. People also think testing old people will make the roads safer - it won’t.”

Dr Musselwhite will be discussing his findings at the British Science Festival at Swansea University today (Tuesday 6 September). 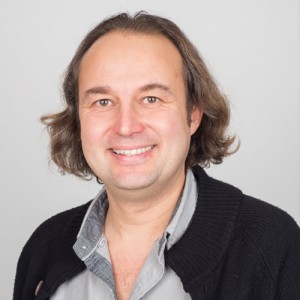 His research has also found that alternatives to driving must be improved to safeguard older people who are forced to give up driving, as this lifestyle change  is associated with a huge deterioration in health and wellbeing, including: depression, feelings of stress and isolation.

Giving up driving may also be linked to speeding up death. While older people make up just 19% of pedestrian activity, they account for 40% of pedestrian deaths and 21% of people killed or serious injured. The pedestrian environment can be unsafe for older people as badly maintained pavements, or those poorly looked after in icy or slippery conditions can reduce the ability for older people to get out and about.  Also, road crossings are not designed with older people in mind as they do not allow enough time to cross.

He also challenges interpretations of STATS19 data collected by police at the scene of a collision, which suggests that older people are more likely to be at fault than younger drivers when turning right across traffic. It stated that while they look out for other drivers, they failed to see and failed to judge other driver’s speeds. However, according to Dr Musselwhite’s research, this is not the case.

Dr Musselwhite said: “My research suggests that older people don’t make these driving errors if they feel under no pressure from other drivers. Real or imagined pressure makes older people make these errors and given time to think properly then errors are reduced. The solution to this and also any cognitive changes associated with ageing including changes in working memory, attention and cognitive overload is to drive slower and at certain times of day.”

There are also solutions for those who do give up driving. It is possible that technology such as driverless cards could have a role in helping to make a smoother transition to giving up driving. There is also evidence that those people who adapt well after giving up driving are those who have planned it and begin to look at alternative transport.

Dr Musselwhite said:  “While the promise of driverless cars is a long way off, there is a need to look how technology can support, improve or replace driving for older people. For example, technologies that take over some or most of the driving might help overcome some of the issues older drivers face, which could present new opportunities providing the technology is easily maintained.”