Swansea University Nursing student Paige Connett-White has been highly commended for the Befriending/Mentoring of the Year Award 2018 as part of the BAVO Volunteer Achievement Award 2018.

Paige was nominated for the award for her outstanding work with anti-bullying organisation ‘Stand against bullying’ in Bridgend.

Paige is a co-founders of the organisation, which was created four years ago after the council run project for bullying could not prolong their work due to lack of funding.

On receiving the award she said:

“The Award I received was for befriending and mentoring, which is a massive part of my role as chairperson of the organisation. Within my role I also sit on the board of trustees for mental health matters wales, to be an advocate for young people's views on mental health and the support they require. I also deliver workshops on bullying behaviour and have supported the Welsh Government in rewriting the respecting other guidelines."

“I feel pride in the work i do supporting young people that have been affected by bullying behaviour. It was an amazing feeling being recognised for all my hard work, especially when the work i do with stand against bullying is so rewarding within itself.”

Paige delivers anti-bullying workshops with schools, the third sector and the Welsh Government and believes her role will help her nursing career:

“The confidence and essential skills I have learnt within my years of running this organisation will definitely support me within my studies and my future career as an Adult nurse.”

Since the awards Stand Against Bullying has been approached by BBC news and will be featured on a documentary about the effect bullying has on young people. Paige has also been asked to speak on Wave radio about the organisation and the work she does. 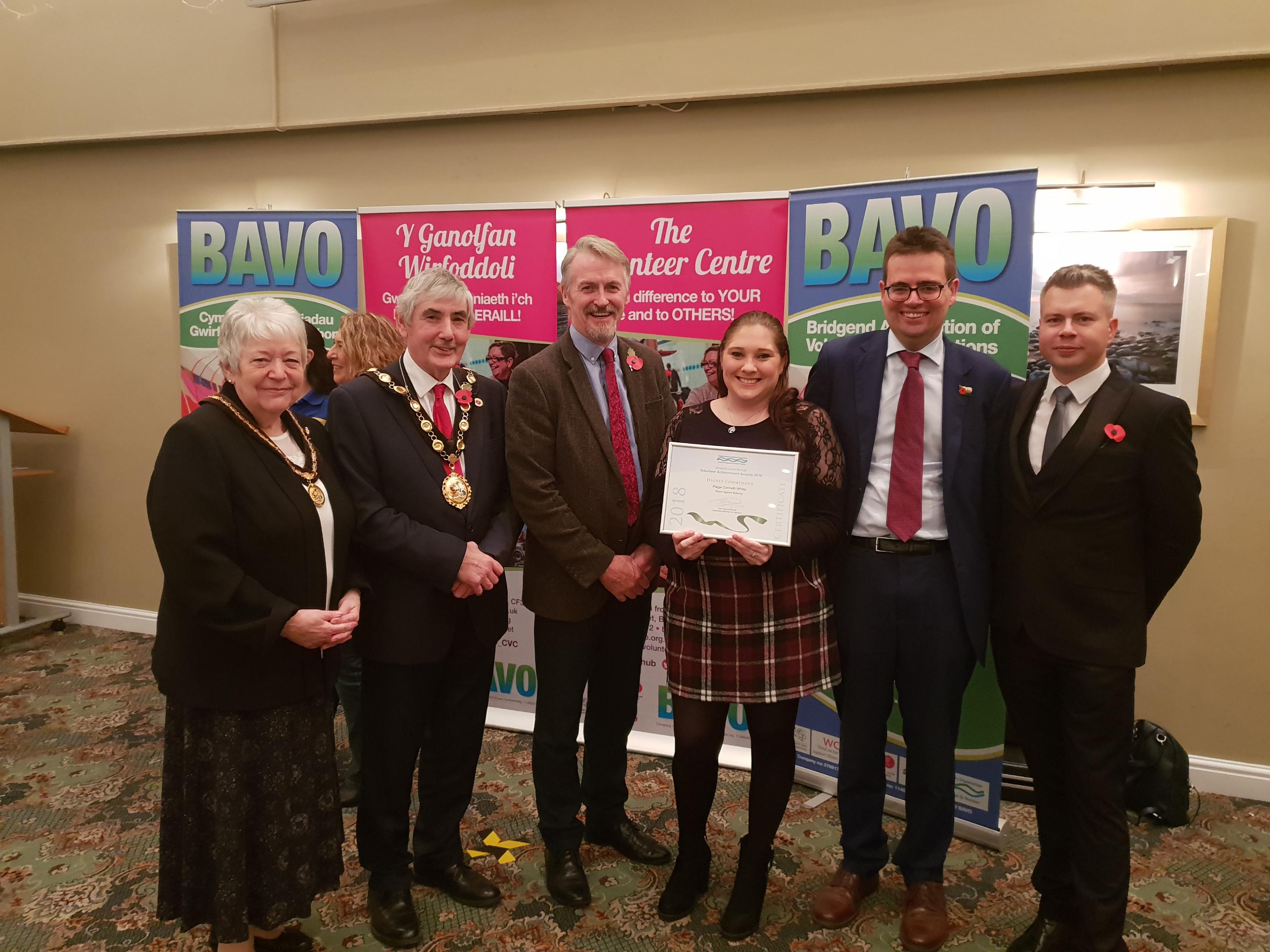