Two members of staff from Swansea University’s College of Human and Health Sciences have been helping to raise awareness of dementia amongst their colleagues. 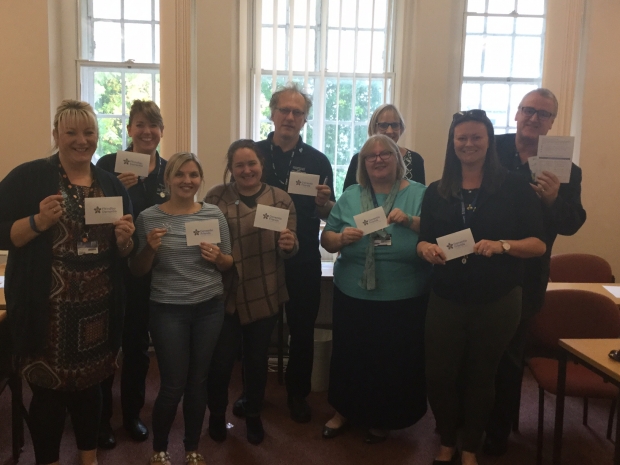 The Alzheimer’s Society’s Dementia Friends programme is the biggest ever initiative to change people’s perceptions of dementia. It aims to transform the way the nation thinks, acts and talks about the condition.

Rebecca said: “It was a great session.  Nine new Dementia Friends have been trained, made up of teaching, administrative and library staff. This is a great step towards the College of Human and Health Sciences Saint David’s Park Campus becoming Dementia Friendly. Further sessions are being scheduled for those staff who were unable to attend.”