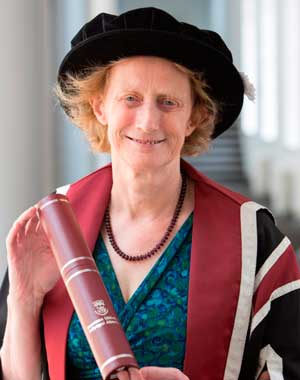 Dame Athene M Donald is Professor of Experimental Physics at Cambridge University and a world leader in the physics of soft matter. Her research in areas such as protein aggregation has the potential to be relevant to neurodegenerative diseases such as Alzheimer’s disease.  She holds a range of awards including the Faraday Medal of the Institute of Physics. In 2009 she was described by the New Statesman as one of the ten people who will change the world, and in 2011 The Guardian featured her in their top 100 women in Science and Medicine. She was made Dame Commander of the British Empire in 2010.