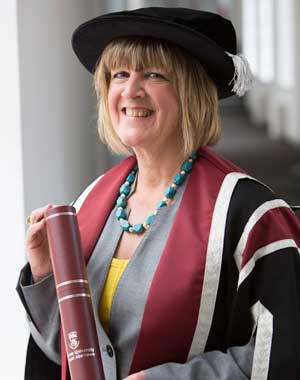 Dr Haywood gained a PhD in Politics from Swansea University in 1989.  Since then she has had an illustrious and varied career, including being European Affairs Manager at the Welsh Development Agency, and Director of CBI Wales which represents the country’s larger employers, having influence with the Welsh government and other organisations in Wales.  In 1994, she was named inaugural Welsh Woman of the Year.  In 2008, with her husband, the Right Honourable Peter Hain MP, she established limited liability partnership Haywood Hain.  In 2012, she was appointed by the Welsh Minister for Business, Enterprise, Technology and Science to chair a Task and Finish Group on City Regions.