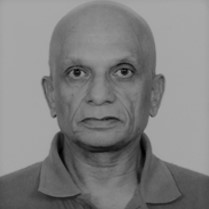 Romesh Bhattacharji worked with the Government of India as an Indian Revenue Service member from October 1968 to November 2003. In the ten years before his retirement he worked with the Government of India supervising in different postings across North Western and North Eastern India. This role involved: Intelligence collection, preventing and detecting money laundering, illicit opium cultivation and controlling illicit opium cultivation, enforcement and Narcotics trafficking. He was also involved in formulating Narcotics policies and their implementation, working with international Narcotics agencies, improving morphine availability for sufferers and assisting treatment centres.  After retirement he has been raising humane drug issues in public and commenting on this issue in India and abroad.  His list of publications include: Opium Cultivation in Afghanistan, Forest Rights for opium cultivators in the North East of India, Afghanistan's narcotics dilemma - a possible solution 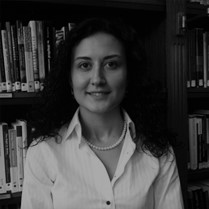 Virginia Comolli is the Research Fellow for Security and Development at The International Institute for Strategic Studies (IISS) in London where she has responsibility for establishing an independent Security and Development Programme as well as carrying out research on complex forms of insecurity afflicting the developing world, with special attention to the way in which development objectives are being hampered by these challenges, and what the appropriate policy responses should be.

Upon joining the IISS she was first part of the Military Balance team conducting research on Sub-Saharan Africa. Until May 2012 she was a Research Analyst and Assistant to the Director of Transnational Threats and Political Risk, and focused on issues such as international terrorism, radicalisation, organised crime and drugs, conflict, cyber security and warfare, and energy security. In this capacity she was temporarily seconded to the UK Ministry of Justice as an Expert Analyst. Virginia had also spent six months working for the intelligence unit of a private security company where she concentrated mainly on the Persian Gulf region, the Maghreb and Afghanistan. She also had a previous brief experience with a strategic intelligence company. Virginia holds a First Class Honour Degree in War Studies and American Studies from the University of Wolverhampton and a Master's Degree in Intelligence and Strategic Studies from the University of Wales, Aberystwyth. Virginia is the co-author of the Adelphi Book Drugs, Insecurity and Failed States: the Problems of Prohibition (2012).

Isidore S. Obotis Professor and Head, Department of Psychology, University of Uyo, and Director, Centre for Research and Information on Substance Abuse (CRISA), Uyo, Nigeria. Prior to this he served as Professor and Chair, Department of Behavioral Sciences, Morgan State University School of Public Health and Policy in Baltimore, MD, and Scientist in the Department of Mental Health and Substance Abuse, World Health Organization, Geneva. He has also worked at the Johns Hopkins University Bloomberg School of Public Health and the Institute for Social Research, University of Michigan, as a  research fellow. His academic career began in the Department of Psychology, University of Jos, Nigeria, in 1985, after receiving degrees in clinical and social psychology from Loyola University Maryland and Howard University, Washington DC, (PhD), and a master of public health degree from the Harvard University School of Public Health. Professor Obot is the author of many papers on alcohol epidemiology and drug policy, a co-author of Drugs and the public good (Oxford, 2010), and editor of several books on drugs and alcohol published by WHO and CRISA. He is founding Editor-in-Chief of the African Journal of Drug and Alcohol Studies and a member of the editorial boards of several journals on addiction, psychology and the health sciences. Professor Obot has consulted for many local and international organizations on drug-related issues, including the UNODC, Economic Commission of West African States, the African Union, and the West African Commission on Drugs. He is a member of the Global Alcohol Policy Alliance (GAPA) and the WHO Technical Advisory Group on Alcohol Epidemiology. 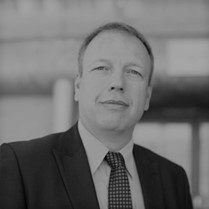 Alex Stevens is a Professor in Criminal Justice and Deputy Head of the University of Kent’s School of Social Policy, Sociology and Social Research. He has a PhD in Social Policy from the University of Kent, an MA in Socio-Legal Studies from the University of Sheffield and a BA in French (in the School of European Studies) from the University of Sussex. He has worked on issues of drugs, crime and health in the voluntary sector, as an academic researcher and as an adviser to the UK government. His principal research interests focus on illicit drug policies and how they affect drug use, crime and public health. He has an on-going interest in how evidence is used in making policy and in the effects of drug treatment interventions. Current research projects involve working on the subterranean structuration of gang life in London, and on the links between social policies and drug-related harms.

His peer reviewed journal articles  include Stevens, A., & Ritter, A. (2013) ‘How can and do empirical studies influence drug policies? Narratives and complexity in the use of evidence in policy making’, Drugs: Education, Prevention, and Policy, 20(3), 169-174; Hughes, C., & Stevens, A. (2012) ‘A resounding success or a disastrous failure: Re-examining the interpretation of evidence on the Portuguese decriminalisation of illicit drugs[30]’, Drug and Alcohol Review, 31(1) 101—113; and Stevens, A. (2011) ‘Sociological approaches to the study of drug use and drug policy[31]’, International Journal of Drug Policy, 22(6).